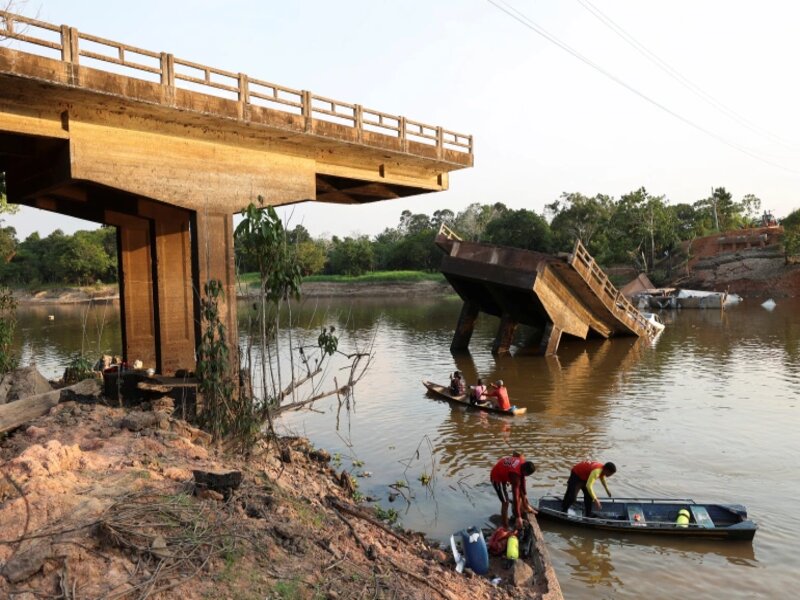 At least three people have been confirmed dead, with as many as 15 missing after a bridge collapsed as some vehicles were travelling across it in the northern Brazilian state of Amazonas.

The Amazonas Fire Department said on Wednesday it was looking for more than a dozen people after the concrete bridge on the BR-319 highway in Careiro, a town about 100km (62 miles) south of the provincial capital Manaus, collapsed.

Some vehicles were crossing the bridge at the time it gave way, and 14 people were injured, officials added. Photos showed the central section of the bridge lying in dark brown water with some vehicles, including a white truck, submerged in the river.

Local media outlet G1 quoted multiple witnesses as saying that the bridge had developed a crack, which was causing a traffic jam before the collapse.