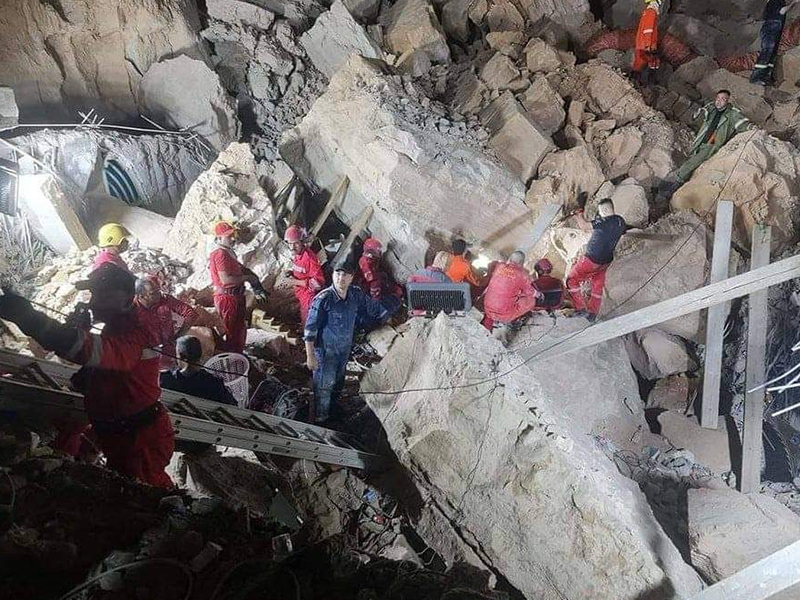 Emergency workers in central Iraq are racing to rescue people from a Shia shrine that collapsed.

Four bodies have been found, while six survivors have been pulled from the rubble so far. Several others are believed to be still trapped.

On Saturday, an earth mound adjacent to the Qattarat al-Imam Ali shrine gave way as a result of moisture saturation.

The landslide hit the ceiling of the shrine, which then collapsed on to visitors.

Workers have been able to give food and water to those still inside. Three children are among the rescued survivors.

Iraqi President Barham Saleh took to Twitter to urge rescue workers and volunteers to spare no effort to save those still trapped.

The site of the shrine, located in Iraq’s Karbala region, contains a water spring where Shia Muslims believe their first imam Ali ibn Abi Talib and his army once stopped to take a drink.