Cameroon’s Bamenda, where only the coffin trade is booming 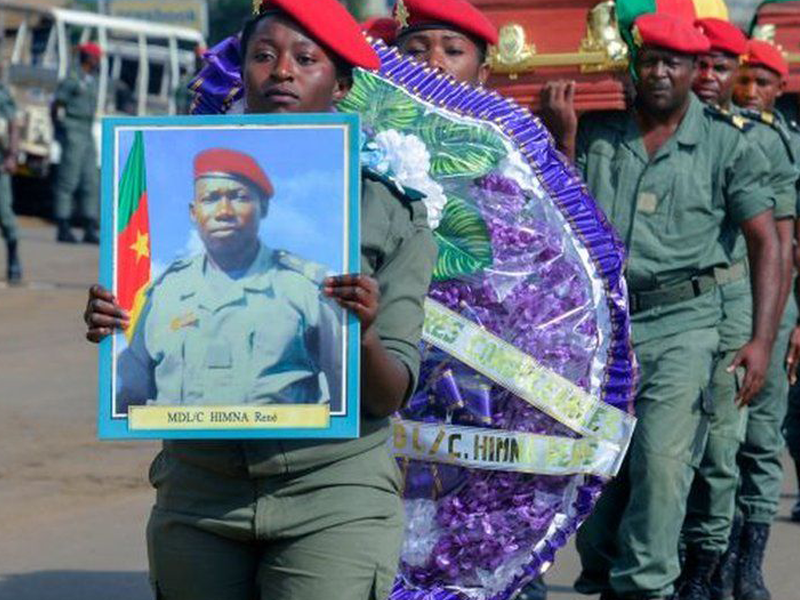 Once a thriving city in Cameroon, Bamenda has been ripped of its soul by the five-year war between English-speaking secessionists and the mainly French-speaking government.

Bamenda is all but dead. Only the coffin trade is booming. Bodies are dumped regularly all over the city – in mortuaries, on streets and in rivers.

Council workers pick them up and give them a pauper’s burial.

“It is a blessing to be buried at all, let alone by family and friends,” says a cemetery worker as he comes to pick up 10 cheap coffins from a funeral parlour.

Demand has dropped for the once-popular elaborately designed coffins – shaped like bibles, cars or beer bottles to reflect the lifestyle, interests or last wishes of the dead.

“Coffins that used to sell for a million CFA francs [about $1,500, £1,270] are out of commission because nobody can afford them. Most people can only afford coffins for 50,000 CFA francs,” says an attendee at a funeral parlour.

The regular funerals for young men and boys are a brutal reminder of the conflict in Cameroon’s English-speaking regions of North-West and South-West.

In just five years, that conflict has claimed tens of thousands of lives, while forcing more than one million to flee to French-speaking areas and a further 80,000 to take refuge in next-door Nigeria.