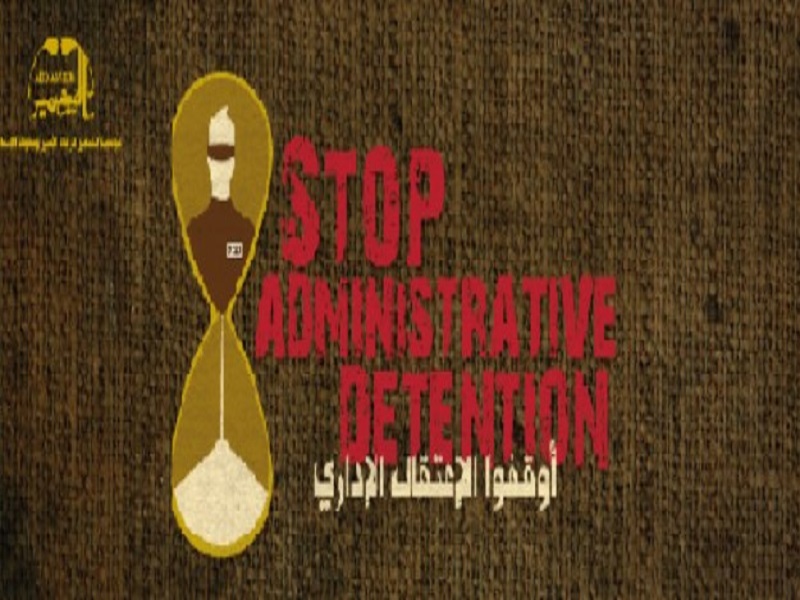 Israel issued more than 8700 administrative detention orders against Palestinian activists, whether they were social, political or academic, since 2015, today said the Palestinian Prisoner Society (PPS).

It said the orders affected all sectors of the Palestinian society including children, women and elderly.

Currently, added PPS, there are more than 500 Palestinians held in administrative detention in Israel without charge or trial and for various periods of time, including one woman, but most of them are former prisoners who had spent several years in prison for their resistance of the Israeli occupiers.

The PPS said administrative detainees have fought hard over the years against this cruel, illegal, and internationally-denounced policy, including long hunger strikes until they regained their freedom.

It said that 400 detainees have gone on hunger strike in protest against their prolonged administrative detention since 2011, and in 2014 the detainees observed a mass hunger strike that went on for 62 days.