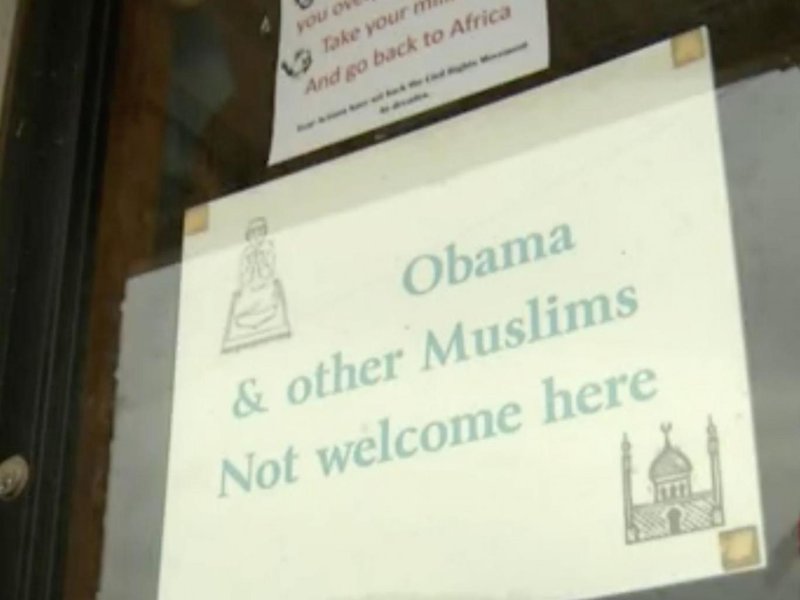 The Mayhill Convenience Store has had signs up for more than a year that include phrases like “Bullets Not Ballots” and “Kill Obama” with the word “care” written in smaller letters under it.

Although the signs have been around for some time, local station KOB drew new attention to the store on Friday. Outside the business, a sign reading “Obama & other Muslims not welcome here” greets customers.

A former worker at the store, Marlon McWilliams, told the station that people who have called out the owner for his racist signs have been banned from the establishment.

“If you go in there and you offend him, you can’t go in there no more,” McWilliams said. “He turns lots of people away.”

The Council on American-Islamic Relations released a statement condemning the store.

“While everyone has the First Amendment right to free speech – even offensive speech – we urge the store’s owner to remove the sign in the interest of common decency and of our nation’s unity at a time of increasing divisions,” CAIR National Communications Director Ibrahim Hooper said in a statement.

The owner of the store could not be reached for comment. The store’s listed phone number is no longer in service.