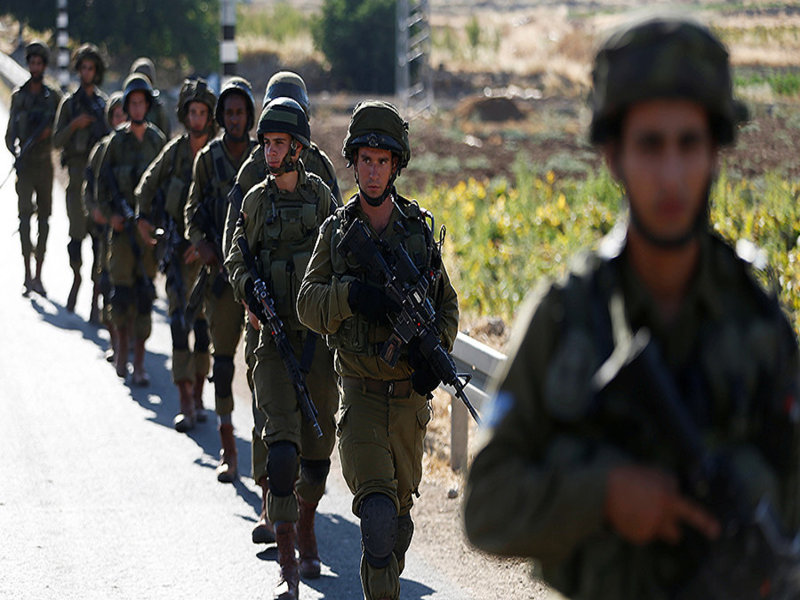 Human Rights Watch has accused some senior Israeli officials of openly supporting the excessive use of lethal force against Palestinians, and has condemned Israel’s “shoot-to-kill” policy.

A new HRW report suggests senior Israeli officials have encouraged the Israeli Defense Force and police to “shoot to kill”Palestinians they suspect of attacking Israelis, “even when they are no longer a threat.”

Using statements made since October 2015, including those of the defense minister Avigdor Lieberman, HRW found Israeli officials have encouraged lethal force against Palestinians and also failed to condemn such calls from others.

Since October 2015, Israeli forces have shot and killed more than 150 Palestinian teenagers and adults suspected of attempted acts of violence against Israelis in Israel and the West Bank. Palestinians have killed 33 Israelis during the same time period.

Avigdor Lieberman, now Israel’s defense minister, said in October 2015 that Israel should have a policy that “no attacker, male or female, should make it out of any attack alive.”

Since October 2015, Israeli forces have shot and killed more than 150 Palestinian teenagers and adults suspected of attempted acts of violence against Israelis in Israel and the West Bank. Palestinians have killed 33 Israelis during the same time period.

Avigdor Lieberman, now Israel’s defense minister, said in October 2015 that Israel should have a policy that “no attacker, male or female, should make it out of any attack alive.”

In October 2015, Israeli Police Minister Gilad Erdan was asked if he agreed with a politician’s statement that “if a terrorist has a knife or screwdriver in his hand, you should shoot to kill him without thinking twice.”

“Definitely. The question of course depends on the circumstances. There are clear instructions to the Israeli police,” Erdan told a radio host. “As soon as a police officer feels danger to himself or any other citizen, he needs to shoot according to the regulations. It’s clear. We don’t want to endanger any citizen or police officer. And also, every attacker who sets out to inflict harm should know that he will likely not survive the attack,” Erdan said.

Also in October 2015, following the fatal police shooting of 16 year old suspect who had stabbed two Israelis in West Jerusalem, Police District Commander for Jerusalem, Moshe Edri said, “Within less than a minute and a half, the attacker had already been killed. Everyone who stabs Jews or harms innocent people – should be killed.”

However, some officials have questioned the policy. Army Chief of Staff Gen. Gadi Eisenkot spoke against such rules of engagement in February 2016, saying, “The IDF [Israel Defense Forces] cannot speak in slogans such as, ‘if someone comes to kill you, arise to kill him first.’ A soldier can only unlock the safety catch if there is a threat to him or his fellow soldiers.”

When two Palestinian teenagers were arrested the next day after stabbing two people in a West Bank supermarket Transportation Minister and cabinet member Yisrael Katz took to Facebook to express hope that Eisenkot’s statements hadn’t led to “hesitation.”

“I hope that the statements of the chief of staff, whom I appreciate and commend, against the automatic shooting of minors, were not misunderstood, causing hesitation and endangering lives,” he said. “Because sometimes the message is greater than the words. The restrictions and codes are clear, but we cannot let attackers remain alive, risking the lives of Jews.”

In April 2016, Naavah Boker from Netanyahu’s Likud party quoted the Bible, “whoever comes to kill you, rise up and kill him first,” to justify killing “terrorists.”

International human rights law limits lethal firearm use to times when it is necessary to save a life and when no other option is available.

Israeli open fire regulations limits shooting at a person’s torso or head to situations where it is necessary to prevent an imminent threat of death or serious bodily injury. However, statements by Israeli officials and the use of lethal force by security forces violate both Israeli and international regulations.

Pointing to the “prevalence and prominence” of statements encouraging shoot to kill, as well as “persistent and credible allegations of excessive use of force,” HRW called on prime minister Benjamin Netanyahu and senior security officials to “issue strong public and private admonitions to intentionally use lethal force only when strictly necessary to protect life.”

The group also called for more regulation and “credible investigations of all cases in which suspicions of excessive use of force, including extrajudicial killings, arise.”

Other human rights organizations have called on Israel to end its use of excessive force, and have accused Israel of apparent “extrajudicial killings” of Palestinians after they no longer pose a threat, or who were not carrying out an attack, citing eyewitnesses, video and forensic evidence.

In an August 2016 poll, 47 percent of Jewish Israelis said they agreed that “any Palestinian who carries out a terror attack against Jews should be killed on the spot, even if he has been captured and clearly does not pose a threat.”