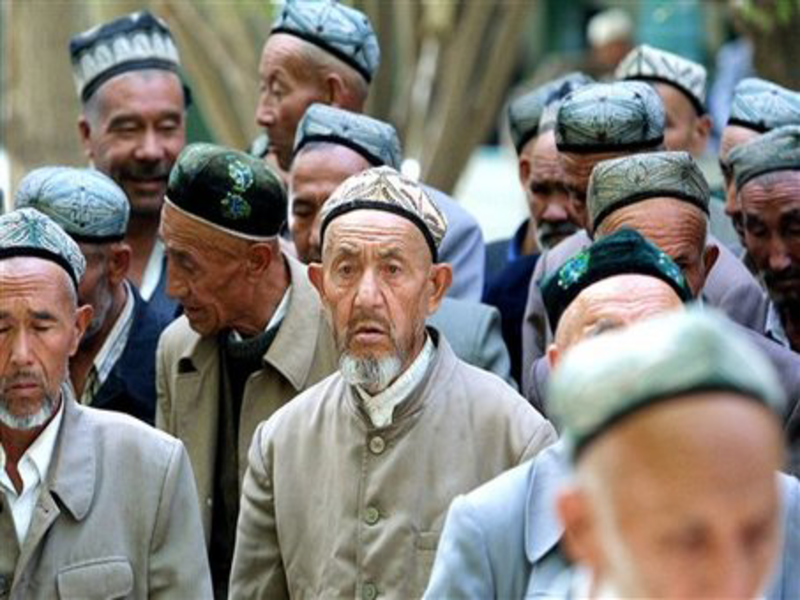 1. Forced Labour is Mandatory for Uyghurs
In Xinjiang, it is compulsory for Uyghur residents to participate in unpaid labor, called hashar. They are not provided any compensation for their labor and forced to pay for their own transportation and meal costs. Workers who are injured are also required to look after their own medical expenses. In some cases, if someone sends a family member to work, then Uyghurs need to pay a fine for that.

2. Children are also pulled out for forced labor
Uyghur families that do not have an able bodied young men are also not exempt from the system. Men and women as old as 70 and children as young as 12 are reported to have participated. Uyghur secondary school students are at times pulled out of classrooms in order to meet laborquotas.

3. Teenagers are arrested due to posts on social media
Young Uyghurs are arrested for posting comments on social media or watching Islamic videos online. Once a 15 yr old was arrested in the same case and sentenced for 10 years!.Other than this not many people are given internet connection and Police can arrest anyone for watching anything online! Uyghur homes are also raided for materials deemed “extreme” or “subversive.

4. Muslim farmers are required to sell below market rates
Government regulations require many Uyghur farmers to sell their produce to local governments at below market prices. This results in extreme poverty for the Uyghur families as they are not able to earn appropriate money to feed their own families.

5. Farmlands are confiscated by the government
It has become common for Chinese authorities to confiscate farmland and property of Uyghurs. These assets are then redistributed to Chinese migrants. Uyghurs who petition these practices are often charged without trial for “harming ethnic unity”.

6. Discrimination of Uyghurs
On paper, the Chinese migrants are shown equal to Uyghurs. In reality, they enjoy far more entitlements than Uyghur farmers. The Chinese migrants not only enjoy the freedom to harvest any crop, they can also take out bank loans and are entitled to greater water resources.

7. A man was shot for keeping a beard
No man, in Xinjiang is allowed to keep beard. Uyghur men refusing to shave their beards are frequently harassed, intimidated, with one man having been shot by police in one instance. According to the Chinese Government keeping a beard is a sign of being an extremist.

8. Most Uyghur don’t know about their basic rights
Most of the Uyghur population, especially those of the older generation, lack a basic knowledge of human rights and don’t even know their rights as citizens according to the constitution. This is because they have never been given these rights and lack of education has also played a very large role in it. Most of the times they are exploited by claiming that it’s a law.

9. Nikah is considered illegal in China
In April 2014, Chinese authorities instigated a system of rewards, some exceeding more than 50,000 Yuan (USD 7500), for whistle-blowers who reported on a range of illegal religious activities including the wearing of beards and the practice of Nikah, a traditional religious marriage ceremony. Chinese authorities take harsh steps to ban religious freedom in East Turkestan.

10. Muslims are ordered to sell Alcohol
Chinese authorities in Hotan County, Hotan Prefecture ordered shopkeepers to stock alcohol and cigarettes in a campaign to “weaken religion,” as Uyghur residents refrained from drinking and smoking for religious reasons. All these actions are a part of ‘Strike hard campaign’ by the government, which is actually a campaign against Uyghur Muslims.

11. Muslim names are banned
The Chinese Government has banned Muslim names in the region. The security officials go from house-to-house ordering parents to ensure that their children’s names do not fall on a list of 22 banned names. Which include mostly Muslim names. Uyghur parents are not even allowed to name their child according to their wish.

12. Imams are imprisoned
No one in Xinjiang is allowed to teach Qur’an outside the mosques. And children below 18 years old are not allowed to enter the Mosques. It is a crime to give any kind of teaching related to Islam in Xinjiang. Often parents are harassed for even keeping the Qur’an at home. Religious leaders often serve prison sentences for the peaceful observation and practice of Islam.

13. Every year Ramadan is banned
During the holy month of Ramadan, restaurants in Hotan have been forbidden from being shutting down. Workers are forced to participate in educational activities on atheism. Government servants, students and anyone working for the party is not allowed to celebrate Ramadan. Various competitions related to eating and drinking are organized in the region to force feed people during the month.

14. Women are forced to abort their child
Pregnant Uyghur women in stages of gestation as late as 9 months have been forced to undergo abortions in some cases under China’s one-child policy. This practice is still brutally followed in Xinjiang and Uyghur women are sometimes forced to flee their homes due to this.

15. Uyghurs are not allowed to leave China
In 2014, Chinese authorities in Hotan began limiting Uyghurs’ ability to travel, both domestically and abroad through passport restrictions. These restrictions have increased now as the police authorities are collecting the passports of Uyghurs and keeping them in the office. At present , it is impossible for Uyghurs to travel abroad as first they would need to face interrogation which will most probably result in their arrest.