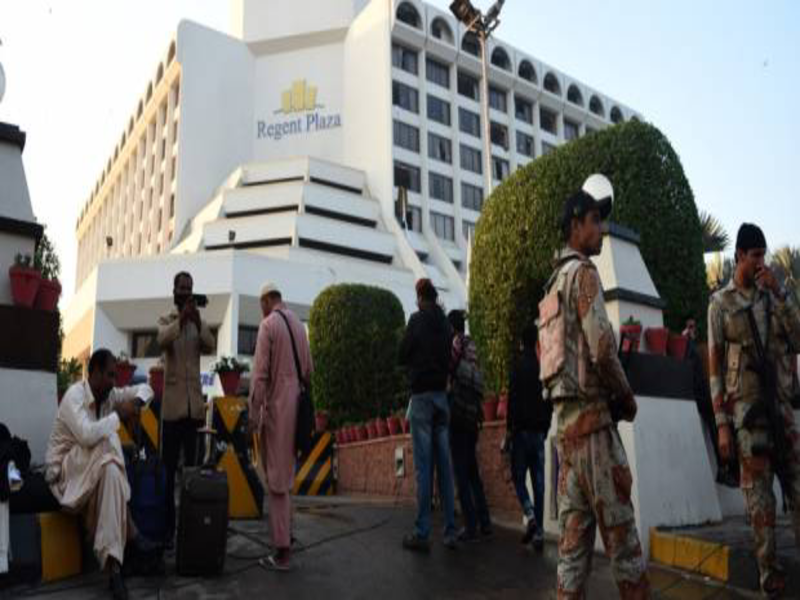 Karachi: A pre-dawn fire at a hotel in Pakistan’s largest city of Karachi on Monday killed at least 11 people and wounded 75 others, police and a doctor said.

Among the dead were four women while the injured included some foreigners.

“We have received 11 dead bodies and 75 injured, four women were among the dead,” Semi Jamali, a doctor at Karachi’s Jinnah hospital, told AFP.

Most of the victims had suffered from smoke inhalation or suffocated, Jamali said.

Some people were injured after jumping from windows to escape the blaze.

Police Senior Superintendent Saqib Memon said the cause of the fire in the Regent Plaza Hotel was not clear and an investigation had been launched.

Memon confirmed the death toll and said it took three hours for the fire to be brought under control.