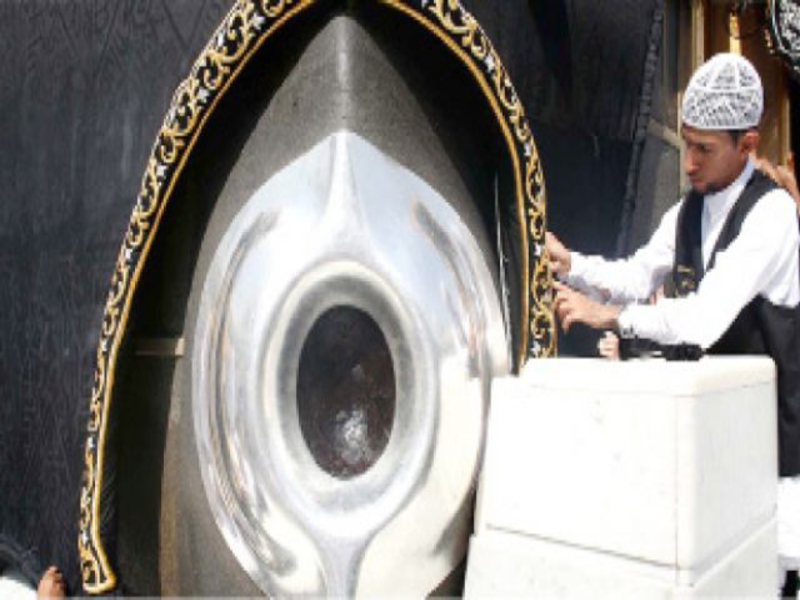 On behalf of Custodian of the Two Holy Mosques King Salman, Makkah Emir Prince Khaled Al-Faisal will wash the Holy Kaaba on Monday.

Prince Khaled and the accompanying dignitaries will clean the inside walls of the Kaaba using cloths dipped in Zamzam water mixed with Oud perfume.

Those who will accompany the Emir in washing the Kaaba include General President of the Presidency for the Affairs of the Two Holy Mosques Sheikh Abdul Rahman Al-Sudais, ministers, Ulema, the Kaaba caretakers, members of the Islamic diplomatic corps, a number of citizens and worshipers.

Meanwhile, the Kiswa (the cloth covering the Kaaba) around the Black Stone corner and the edges of the Meezab (the golden spout from where rainwater from the roof of the Kaaba falls) was embellished with golden borders on Sunday.