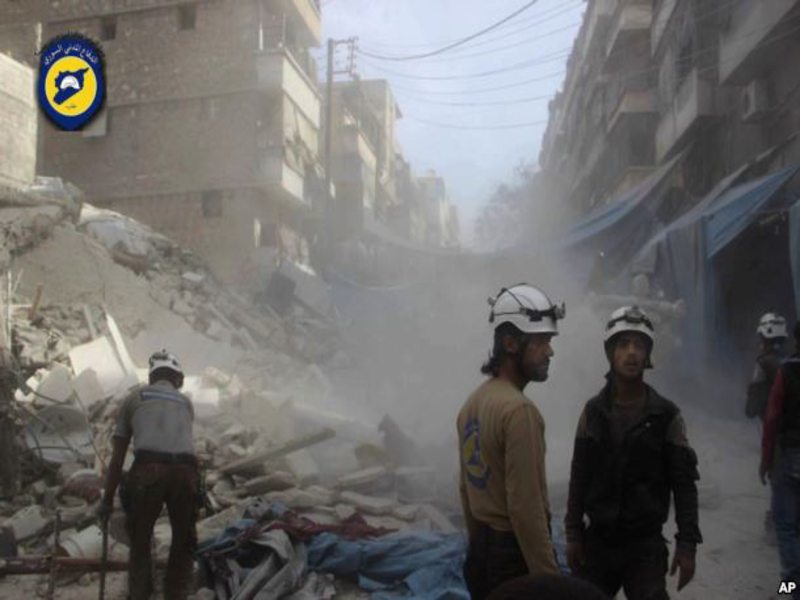 Geneva — The U.N. High Commissioner for Human Rights, Zeid Ra’ad al-Hussein is criticizing the U.N. Security Council’s inaction in ending the relentless bombing of eastern Aleppo in northern Syria by the government of Bashar al-Assad and his Russian ally.

Zeid cites a plethora of global emergencies that demand immediate and critical attention, including Syria, Yemen, Myanmar, Democratic Republic of Congo, and Burundi.

Among them, the catastrophic situation in eastern Aleppo stands out for its unbearable cruelty to 275,000 people under siege. And, yet, Zeid says nothing is being done to alleviate their plight.

“We understand, the bombardments continue today,” he said. “The Security Council was unable to take any decision in respect to halting the actions in eastern Aleppo last week. And, it very much raises the question in my mind when speaking of the Security Council, security for whom? Certainly not for the people of eastern Aleppo.”

Zeid also raises concern about the growing trend in Europe of populist, xenophobic rhetoric. He says people feel angry at governments. They feel angry at austerity measures and lack of improvements in their lives. And, so, he says, they look for someone to blame and this often results in racism and scapegoating of vulnerable people.

Zeid says this situation is fertile territory for demagogues to exploit. He says he believes demagogues should be named when confronting xenophobia. He says he has no intention of interfering in any country’s political campaign.
But he tells VOA it is incumbent upon leaders to lead in a way that is ethical, moral and responsible. Zeid says people should be wary of political leaders who are seen to manipulate messages that could potentially incite hatred and violence.

In response to another question from VOA, Zeid says he is very concerned about the growing instability in Democratic Republic of Congo. If the situation continues to deteriorate, he warns it will have serious repercussions that could result in bloody violence on a massive scale.

Zeid says people in many parts of eastern DRC and elsewhere in the country have suffered enough. He says they need a respite. He is calling on the government to lift its repressive measures and enter into a constructive political dialogue.