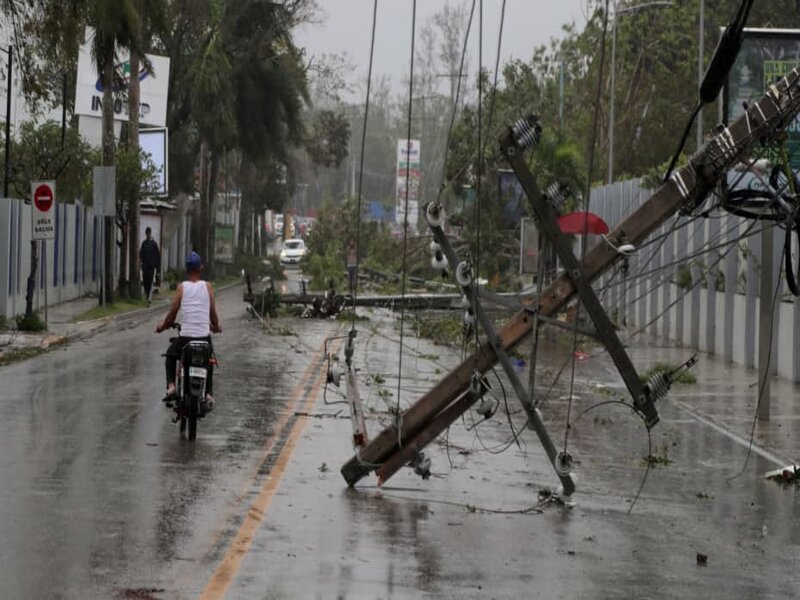 Hurricane Fiona is continuing to strengthen – threatening lives in parts of the Caribbean, say US forecasters.

The National Hurricane Center (NHC) said the category two storm currently packing speeds of 110mph (175km/h) could even worsen to a category four – the second-highest designation.

Rain is lashing Puerto Rico, where at least two people have died and 90% of the island remains without power.

The president of the Dominican Republic says damage there is “considerable”.

Luis Abinader has declared three eastern provinces to be disaster zones, amid warnings from the NHC of “heavy rainfall and life-threatening flash flooding” in eastern areas.

Several villages were cut off in the country as floodwaters rose, while hundreds of people were forced to leave their homes and thousands were left without power.

The NHC update, posted at 23:00 on Monday (03:00 GMT), also warned of ongoing threats to life in Puerto Rico due to “catastrophic flooding”.

Fiona made landfall there on Sunday, causing not only deluges but also widespread landslides and mudslides.

US President Joe Biden pledged to scale up support for the island following a conversation with the governor.

Images shared on social media have showed cars submerged and people attempting to wade down streets filled with water, while efforts continue to rescue those who have got stranded.

The victims were a 58-year-old man who died after being swept away by a river, while another in his 30s died in a generator fire.

The storm caused an island-wide blackout which providers warned could take days to fix.

Puerto Rico’s electricity grid remains fragile after the island was devastated in 2017 by Hurricane Maria – the most powerful storm in its history.

Some areas of the island face the prospect of 30in (76cm) of rainfall as the storm passes.

The NHS said the core of the hurricane was next expected to move near the easternmost Turks and Caicos Islands.

Storm conditions were also forecast in the Bahamas, while people in Bermuda have been advised to monitor Fiona’s progress.