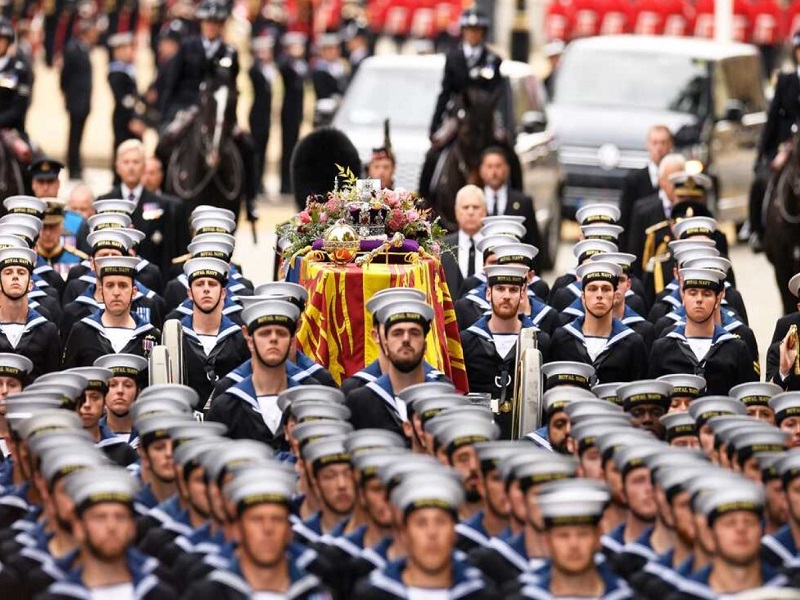 The public funeral for Queen Elizabeth II concluded Monday, as the royal family, world leaders and massive crowds paid tribute to Britain’s longest-reigning monarch.
President Biden attended the state funeral service in London, and thousands of people lined the streets to catch a glimpse of the queen’s coffin as it traveled from Westminster Abbey to Windsor Castle, where she was laid to rest along with her late husband, Prince Philip, in a private service later Monday.

Attending were the late monarch’s closest family members as well as some 500 world leaders and foreign dignitaries. In total, 2,000 guests bid farewell to Britain’s longest-reigning monarch.

Hundreds of thousands of mourners flooded the streets and parks of the capital city while millions tuned in online to watch Queen Elizabeth make her final journey back to Windsor Castle, where she is to be buried alongside her late husband, Prince Philip.