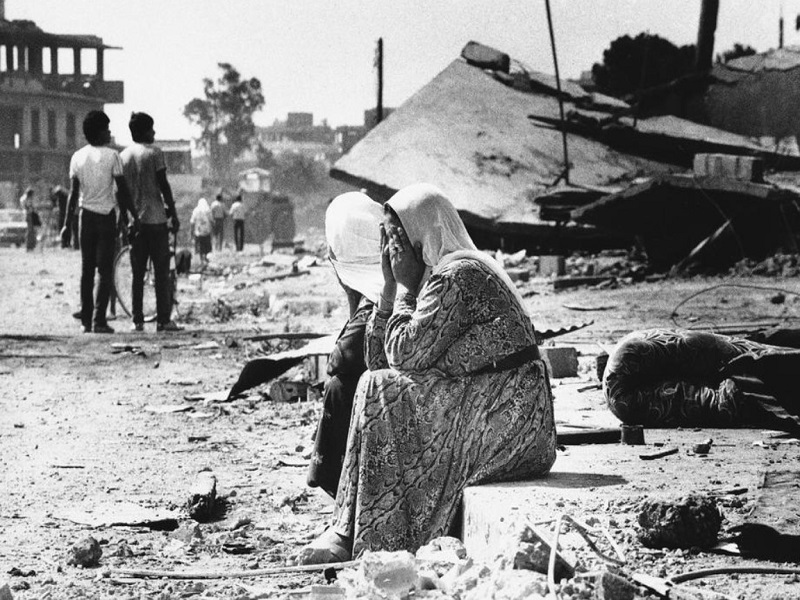 On these days 40 years ago, several thousand Palestinian refugees and Lebanese civilians were being brutally massacred by a pro-Israel militia group immediately after the Israeli army under Ariel Sharon had occupied the Lebanese capital, Beirut, where the Sabra and Shatila refugee camps are located.

They did so in territory controlled by the Israeli army and with the knowledge of Israeli soldiers stationed little more than a few hundred feet away.

The Israeli army allowed the militias access into the camps and knew about the massacre that went on for three days but did nothing to stop it, according to an Israeli commission that investigated the events of those days. The massacre claimed the lives of between 3,000 and 4,000 Palestinian refugees and Lebanese nationals.

Israeli troops surrounded the camps to prevent the refugees from leaving as they allowed the entry of the Phalange, a known enemy of the Palestinians. The Israelis fired flares throughout the night to light up the killing field – thus allowing the militiamen to see their way through the narrow alleys of the camps.

As the bloodbath concluded, Israel supplied the bulldozers to dig mass graves. Pictures of the aftermath of the massacre show the bloated bodies of men and women piled on top of one another against walls, and the bloodied corpses of children lying face down in rubble.

The killings caused global outrage, including in the occupying state of Israel where hundreds of thousands took to the streets demanding to know the extent to which the Israeli’s military had colluded with those who carried out the atrocity.

The episode did not harm his long-term political prospects, however. He became leader of the right-wing Likud party in 2000 and Israeli prime minister from 2001 until 2006.

The massacre at Sabra and Shatila was a direct consequence of Israel’s violation of the American-brokered ceasefire and the impunity bestowed on Israel by the US and the international community.

This massacre, as well as other massacres against the Palestinian people, went unpunished by the international community.