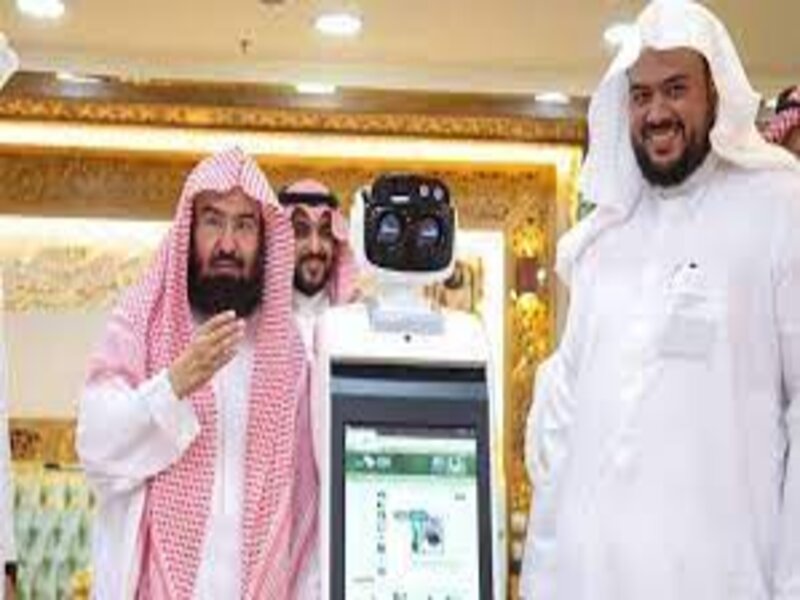 Saudi Arabia has launched a set of robots equipped with artificial intelligence technology in the Grand Mosque of Mecca, which will help worshippers during their visit to the holy site.

Unveiled over the weekend, the robots will communicate public messages, such as sermons and the adhaan, from the imams and muezzins to pilgrims.

Visitors can use their smartphones to scan the robot’s barcodes to show content such as verses from the Quran and download it on their devices.

They can also interact with the robots via voice commands to obtain general information about the imams and muezzins and their weekly schedules.

Abdul Rahman Al-Sudais, the general president of the Two Holy Mosques, said on Friday that the new robots were launched as part of the “smart campus project, in accordance with Vision 2030 and the Presidential Strategic Plan 2024, which aims to provide maximum services to visitors to the two holy mosques”.

According to Saudi Arabia, Vision 2030, which was launched in 2016, is aimed at opening up the country, privatising parts of the economy, reducing subsidies, attracting investors and weaning dependency off oil.

Earlier this year, Saudi Arabia introduced several intelligent robots in the Grand Mosque ahead of the Hajj pilgrimage, including robots specialised in cleaning the floor surface around the Kaaba.

In December, Saudi Arabia launched a “Virtual Black Stone Initiative” that allowed Muslims to see and virtually touch the Black Stone, a rock set into the eastern corner of the Kaaba, without leaving home.

This year, almost one million pilgrims were allowed to attend the Hajj pilgrimage in Mecca after two years of cancellations and restrictions on the ritual – which is a lifeline for the kingdom’s economy – as a result of the Covid-19 pandemic.