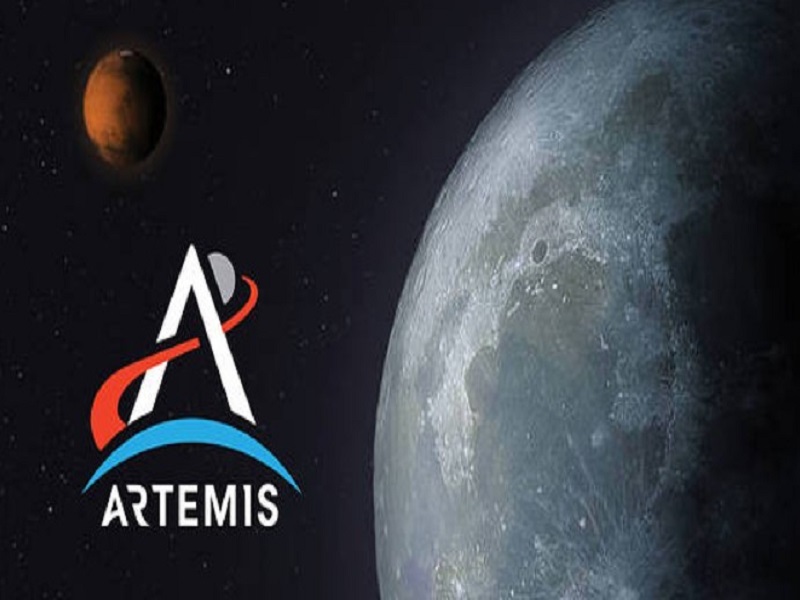 With Artemis missions, NASA will land the first woman and first person of color on the Moon, using innovative technologies to explore more of the lunar surface than ever before.

We will collaborate with our commercial and international partners to establish the first long-term human-robotic presence on and around the Moon.

Then, we will use what we learn on and at the Moon to take the next giant leap: sending the first astronauts to Mars.

Why Go to the Moon?

With Artemis, we will:

Study the Moon to learn more about the origin and history Earth, the Moon, and our solar system

Establish American leadership and a strategic presence on the Moon while expanding our U.S. global economic impact

Broaden our commercial and international partnerships

Inspire a new generation and encourage careers in STEM

How Do We Get There?

Astronauts will dock Orion at the Gateway and transfer to a human landing system for expeditions to the surface of the Moon. They will return to the orbital outpost to board Orion again before returning safely to Earth.

When Will We Get There?

Starting in 2022, and throughout the decade, we will send a suite of science instruments and technology demonstrations to the lunar surface through commercial lunar payload deliveries.

Prior to a lunar surface landing, we will fly two missions around the Moon to test our deep space exploration systems.

We’re working toward launching Artemis I, an uncrewed flight to test the SLS and Orion spacecraft together, followed by the Artemis II mission, the first SLS and Orion flight test with crew.

What Will We Do There?

While Mars remains our horizon goal, we have set our sights first on exploring the surface of the Moon with human and robotic explorers.

We will send astronauts to new locations, starting with the lunar South Pole.

At the Moon, we will:

Prove the technologies we need before sending astronauts on missions to Mars, which can take up to three years roundtrip

Going back to the Moon will be the shining moment of our generation. This moment will belong to all of us: the Artemis Generation. Are you ready?

Where Did The Name Artemis Come From?

Artemis is the twin sister of Apollo and false deity of the Moon in Greek mythology. Now, she personifies our path to the Moon as the name of NASA’s efforts to return astronauts and a new wave of science payloads and technology demonstrations to the lunar surface. When they land, American astronauts will step foot where no human has ever been before: the Moon’s South Pole.