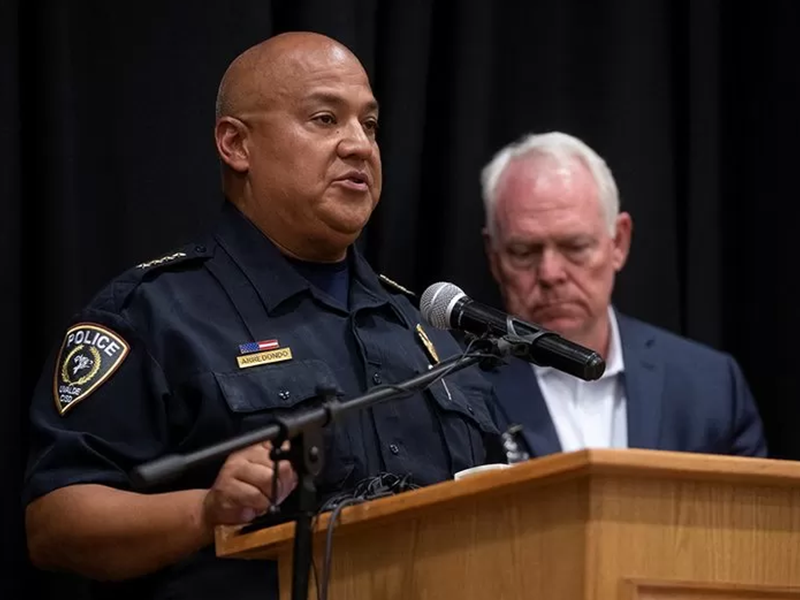 A police chief accused of botching the response to the fatal shooting of 19 schoolchildren and two teachers in Uvalde, Texas, has been sacked.

The local school board voted unanimously to fire Pete Arredondo, who had been on leave since June.

His lawyers said in a written statement that he had been unaware anyone was inside the classrooms with the shooter.

The firing came three months to the day since the attack and two weeks before the new school term begins.

The attack at Robb Elementary School on 24 May was the deadliest US school shooting in nearly a decade.

Many parents and relatives have expressed deep anger at the police response and there has been growing pressure for law enforcements to be held accountable.