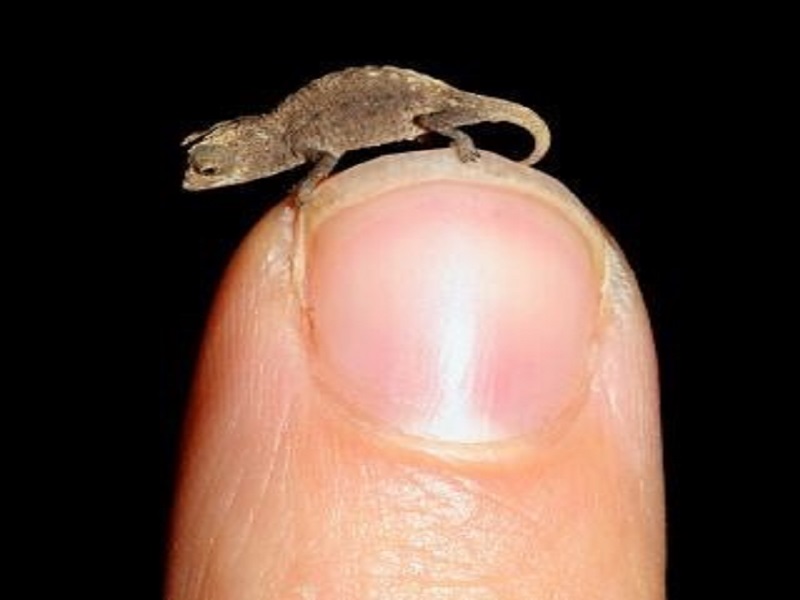 Scientists believe they may have discovered the smallest reptile on earth – a chameleon subspecies that is the size of a seed.

Two of the tiny lizards were discovered by a German-Madagascan expedition team in Madagascar. The male Brookesia nana, or nano-chameleon, has a body of just 13.5mm. This makes it the smallest of about 11,500 known species of reptiles, according to the Bavarian State collection of Zoology in Munich. Its length from top to tail is 22mm (0.86in).

The female is far bigger at around 29mm, the institute said, adding that other specimens were yet to be located, despite “great effort”.

The new chameleon is only known from a degraded rainforest in northern Madagascar and might be threatened by extinction. Researchers found that it hunts for mites on the rainforest floor and hides from predators at night in blades of grass.