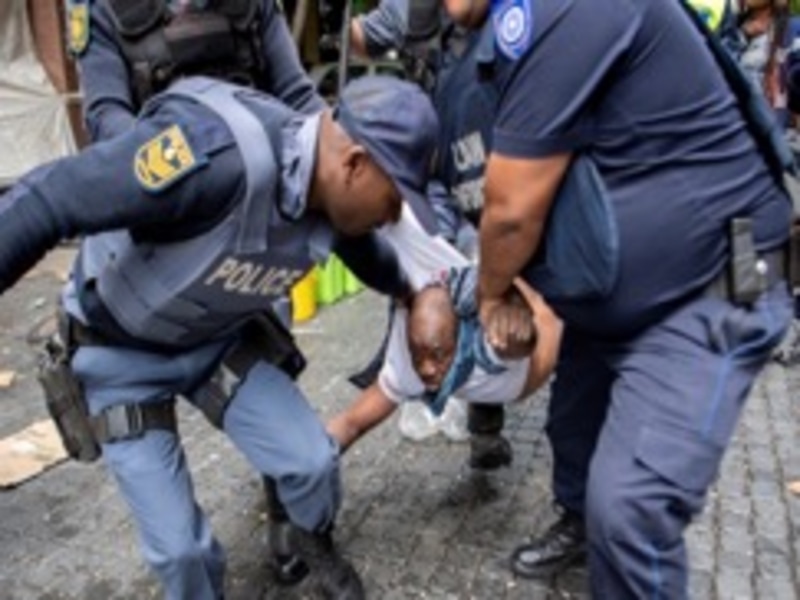 South African police are accused of killing up to 500 people a year during service and that is just the tip of the iceberg that is police misconduct in the country. In fact, police brutality across the country continues to escalate unabated even as new videos surface on social media showing the police allegedly abusing their power.

This week Cii News will take a closer look at the problem.

The Independent Police Investigative Directorate recorded 376 cases and 10 deaths related solely to lockdown enforcement, which is in addition to the more than 200 deaths per year in police custody over the past five years.

In many instances, police brutality is attributed to over-zealous policing. But, the real problem is the growing criminal culture amongst officers at the SAPS, which was highlighted by the 124 complaints regarding ‘rape by a police officer’ which hit a five-year high in 2019. A further 99 people reported they had been raped in police custody over the past 5 years and there have been more than 200 deaths per year in police custody during the same period.

Although South Africa has oversight systems, brutality by law enforcement officers remains a widespread problem because of the lack police accountability and poor support from police management.

Just 3.9% of all complaints against police brutality over the last five years went to a disciplinary and of these, only 1.3% were criminally convicted. An estimated R1.5 billion has been paid out by the South African Police Services in civil claims for wrongful arrests over the past five years, but on average, only 120 police officers were found guilty, and in most cases, fined for misconduct.

CII NEWS WANTS TO HEAR FROM YOU