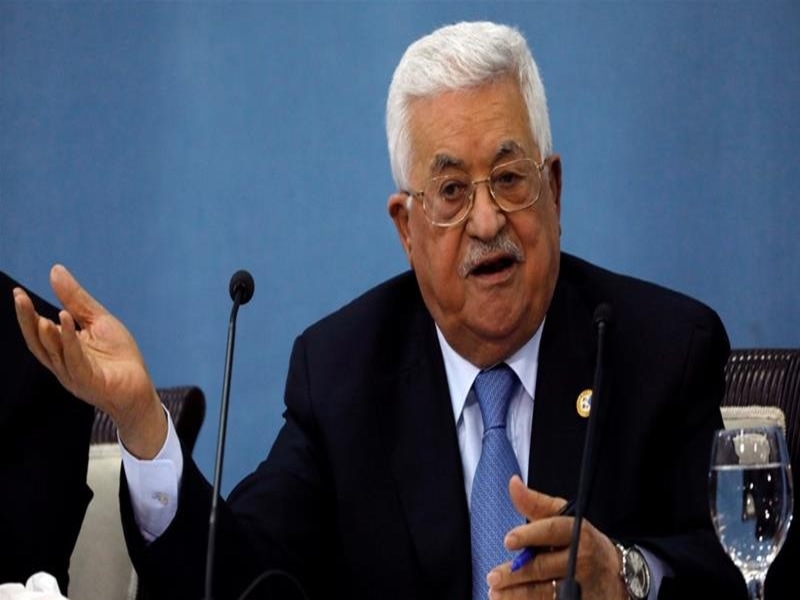 Palestinian President Mahmoud Abbas will visit the United Nations within two weeks to address the Security Council on his rejection of the new US Middle East plan, his ambassador to the body has said.

At that time a draft resolution will be submitted to the council, Riyad Mansour told reporters on Wednesday, without specifying a date for the visit.

US President Donald Trump unveiled his long-delayed plan – referred to as the “deal of the century” – to resolve the Israeli-Palestinian conflict on Tuesday, but Palestinians called the proposal dead on arrival and Abbas reacted with ” a thousand noes” to the announcement.

“Of course we would like to see a strong, large opposition to this Trump plan,” he said with Tunisian UN Ambassador Moncef Baati, currently serving a two-year term on the 15-member Security Council, standing beside him.

However, the United States is likely to veto any such resolution, diplomats said, allowing the Palestinians to take the draft text to the 193-member UN General Assembly, where a vote would publicly show how Trump’s plan has been received internationally.

Israel’s UN mission signalled on Tuesday that it was preparing for the Palestinians to pursue UN action, saying in a statement that it was “working to thwart these efforts, and will lead a concerted diplomatic campaign with the US.”

Trump’s plan, which was announced alongside Israeli Prime Minister Benjamin Netanyahu in Washington, DC, describes Jerusalem as the “undivided capital” of Israel and promises the Palestinians a new capital in the outskirts of eastern Jerusalem.

It would also give Israel control over the illegal settlements in the occupied West Bank and the strategic Jordan Valley.

On Thursday, Netanyahu arrived in Moscow, where he is expected to present the Middle East proposal to Russian President Vladimir Putin.

“I’d like to speak to you and hear your insights and see how we can combine all our forces for security and peace,” Netanyahu told Putin at the start of their Kremlin meeting.

“You’re actually the first leader I’m speaking with after my visit to Washington about President Trump’s Deal of the Century,” he added.

The Russian leader did not mention the peace plan in his public remarks.

Russia has been pursuing a greater role as a mediator between Israel and the Palestinians in recent years. Putin met with both Netanyahu and Abbas last week in Jerusalem and Bethlehem, respectively.

Reporting from Moscow, Al Jazeera’s Steph Vassen said the Russian government has so far taken a “very soft tone” since the US-Israeli plan was announced.

“Russia has always supported the Arab peace initiative, which included Israel’s withdrawal of territories that it occupied since 1967 and had always promoted a role in mediating in the conflict together with the UN, European Union and the US and definitely wants to include the Palestinians, but it’s very careful tone shows that Putin doesn’t seem to want to go on a collision course with Netanyahu right now,” she said.

Separately, ahead of Netanyahu’s visit, Putin pardoned an Israeli woman, Naama Issachar, whose sentencing to more than seven years in prison for possession of a few grams of marijuana at a Moscow airport last year rattled relations between their countries.