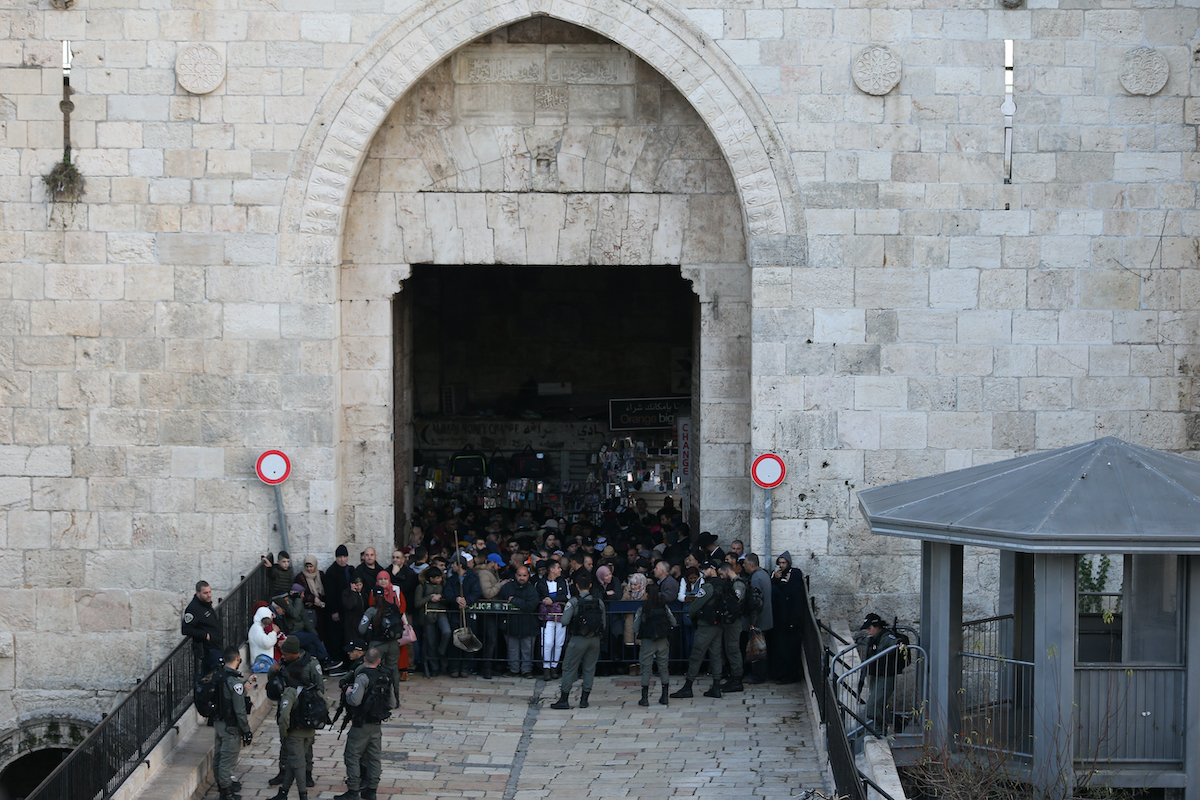 Israeli occupation forces in Jerusalem have shut off access to the Al-Aqsa Mosque compound and the Old Jerusalem area this afternoon, further increasing tensions in the city amid the proposed ‘peace plan’ offered to the Palestinians by the US and Israel.

According to an official source from Jerusalem’s Islamic Endowments Department (Waqf) who informed Palestine’s Ma’an News Agency, the Israeli authorities closed all of the doors to the compound while preventing anyone from entering or exiting it.

Accounts from eyewitnesses at the scene reported that the occupation forces detained two young Palestinian men at the compound and took them to the Bab al-Silsila police station, adding that they were severely beaten by the police while walking around the Al-Aqsa compound.

Raids, closures, and arrests in the Islamic religious site in Jerusalem by the Israeli authorities are an extremely common occurrence, with the added invasion of the compound by Jewish settlers making it difficult for Muslim and Palestinian worshippers to fully access the compound at times.