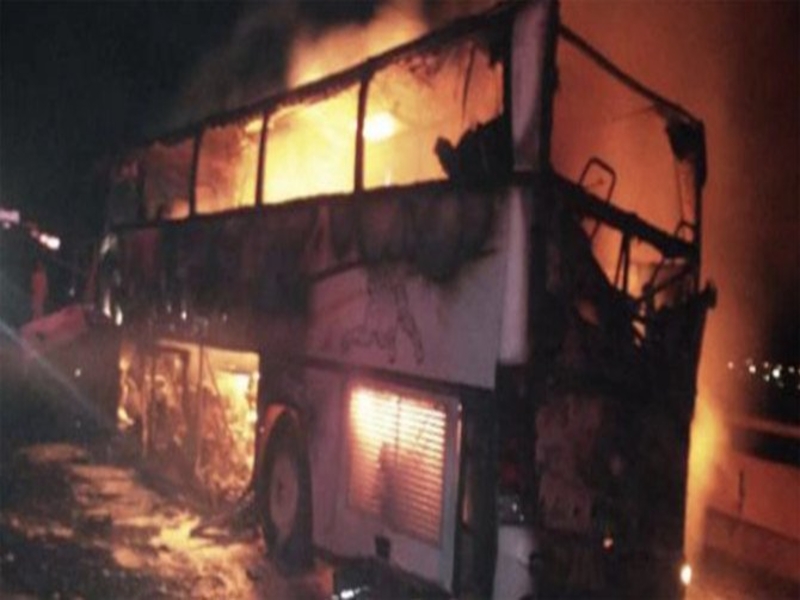 Thirty-five people have been killed and four injured after a passenger bus collided with a loader truck in the Saudi province of Medina, a police spokesman said.

The accident happened on Hijra road, 170 km from Madinah, near the village of Al-Akhal around 7pm.

The “private chartered bus”, carrying 39 pilgrims from Asian and Arab countries, collided with a “heavy vehicle” in the town of al-Akhal on Wednesday, the spokesman was quoted by official Saudi Press Agency (SPA) as saying.

Saudi Red Crescent Authority and other emergency services were on the scene to deal with the incident.The injured were transferred to Al-Hamna Hospital.

An investigation into the collision is now underway.

The accident comes after four British pilgrims were killed and 12 others injured in Saudi Arabia when their bus collided with a fuel tanker in April 2018.

Up until last month, Saudi Arabia only issued visas to Muslim pilgrims, foreign workers and recently to spectators at sporting or cultural events. However, tourists are now allowed to visit as part of a drive to prepare the biggest Arab economy for a post-oil era.