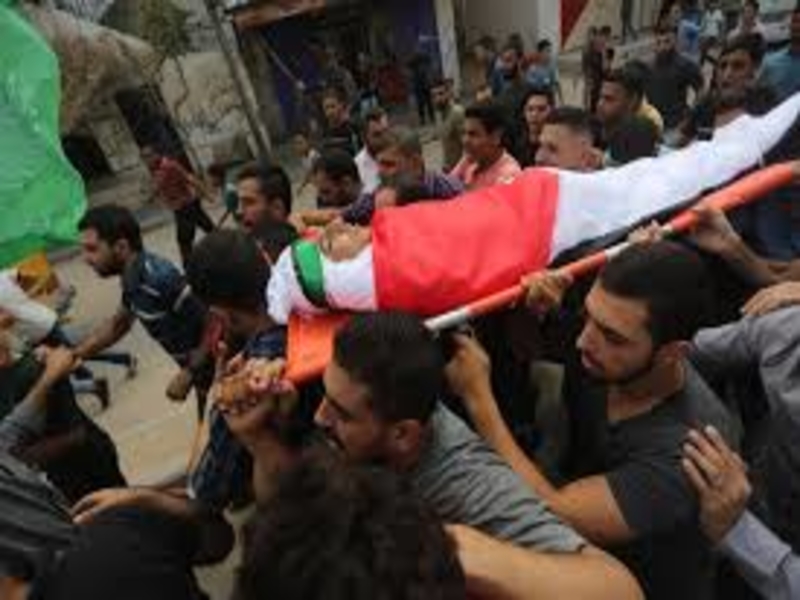 An Israeli court has ruled that the state is not liable for damages for killing a 15-year-old Palestinian in Gaza, setting a precedent which means Israel will be immune from further legal action.

Fifteen-year-old Attiya Fathi Al-Nabaheen was shot by Israeli forces on 11 November 2014 in the wake of the 2014 war on Gaza. He was standing on his family’s property near Al-Bureij, in the centre of the besieged Gaza Strip and close to the fence with Israel, when he was shot at close range. He was left quadriplegic and confined to a wheelchair as a result of his injuries.

Attiya’s case was brought to Israel’s Beersheba District Court by two NGOs – Al Mezan Centre for Human Rights and the Legal Centre for Arab Minority Rights in Israel (known as Adalah) – in an attempt to achieve justice for his shooting and injuries.

Yet the court ruled against Attiya and his family, citing Article 5/B-1 of Amendment 8 of the Civil Wrongs Law (State Responsibility) of 1952. The article in question states that “residents of a territory declared by the Israeli government as “enemy territory”—as Gaza was declared in 2007—are not eligible to seek compensation from Israel,” Wafa reported.

Citing a press release by Adalah, Wafa added: “By upholding the constitutionality of this new law, enacted in 2012, all Gaza residents are now banned from redress and remedy in Israel, regardless of the circumstances and the severity of the injury or damages claimed.”

Adalah explains that Israel has repeatedly used this law to dismiss hundreds of cases similar to that of Attiya, often setting criteria which are impossible for Palestinians from Gaza to meet. These criteria include declaring Gazans who suffer wounds during Israeli military operations ineligible to seek compensation, requiring thousands of dollars in court guarantees and needing to give power of attorney in person – a feat which is virtually impossible given Israel’s control over Gazan’s freedom of movement and closing of all pedestrian crossings into Israel.

Even though Attiya’s case could not be blocked by the first criteria – since his injuries were not sustained during an Israeli military operation – and the two NGOs assisting his family were able to overcome the other obstacles, the court ruled that his status as a resident of Gaza was sufficient to deny him compensation or damages.

Israel regularly kills and maims Palestinians in Gaza with impunity. This weekend Israel killed seven Palestinians and wounded scores more during a botched operation near the southern Gaza city of Khan Younis. The operation sparked two nights of intense bombardment, with the level of destruction compared to the 2014 Gaza war.

This year has also seen thousands of Gazans wounded by Israeli live fire for participating in the “Great March of Return” protests. As of 4 October, 205 Palestinians have been killed and 21,288 more have been wounded by Israel, according to statistics from the UN’s Office for the Coordination of Humanitarian Affairs (OCHAoPt). Many of these were subsequently denied permission to travel to the occupied West Bank or abroad for medical treatment.