Trump: Impeach me and the market will crash 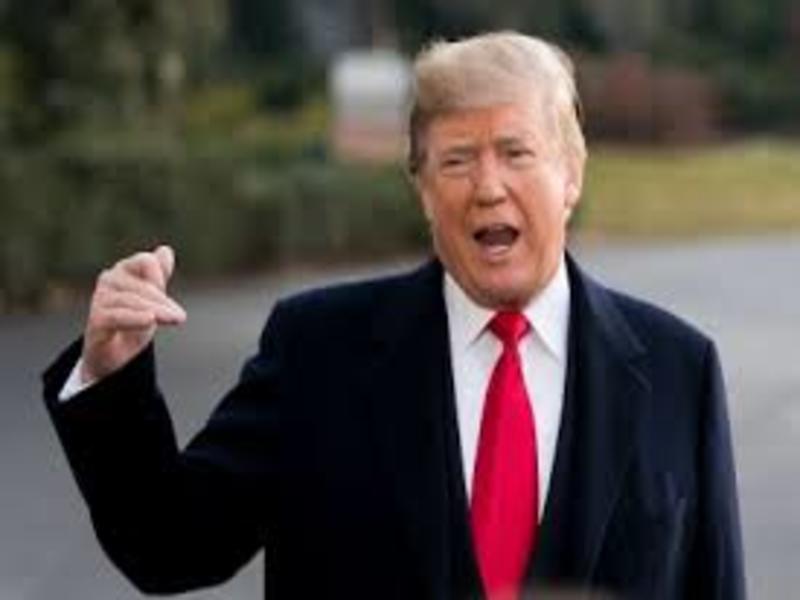 US President Donald Trump, responding to speculation that he might be impeached, has warned that the “market would crash” by any such move and “everyone would turn poor”.

Trump’s comments to Fox & Friends came after his longtime lawyer and aide Michael Cohen pleaded guilty to violating election laws and said he had been directed to do so by the President.

Cohen also admitted paying hush money to two women to keep them from talking about their affairs with Trump during the 2016 presidential campaign.

In the interview which was aired on Thursday, Trump said: “I don’t know how you can impeach somebody who’s done a great job… I tell you what, if I ever got impeached, I think the market would crash… I think everybody would be very poor.”

Pointing to his head, he said: “Because without this thinking, you would see numbers that you wouldn’t believe in reverse.” Trump has received critical coverage in connection with the Cohen case and other controversies.

The President touted his economic accomplishments, claiming that the economy was going to be “down” if he hadn’t been elected. “I freed up, I got rid of regulations, the tax cut was a tremendous thing.”

He added: “Had Hillary and the Democrats gotten in, had she been the President, you would have had negative growth. We picked up $10 trillion worth.”

Any action against Trump is unlikely until the mid-term elections on November 6, when the Democrats will seek to break the hold of the President’s Republican Party on Congress. Republicans currently have a majority in both the House of Representatives and the Senate.

In the meantime, Cohen may agree to testify to the inquiry into alleged collusion between the Trump campaign and Russia, reports say.

Also, top House Democrats have largely pushed back on calls to pursue impeachment option, though some have kept the door open.

“The factual basis of the plea, potentially implicating the President in illegal campaign finance violations, adds to his legal jeopardy,” Representative Adam Schiff, a top House Intelligence Committee Democrat, said in a statement.

Michael Caputo, a former communications adviser to Trump’s campaign earlier in an interview to CNN said that the President “could be just months away from facing impeachment” because of Cohen’s guilty plea.

“This is all they (Democrats) need for impeachment,” Caputo said on Wednesday night.

“If the Democrats take over the House during the mid-term elections, this indication coming out of the Southern District of New York, this charge, is enough for them to run an impeachment against the President, even in the first quarter.”