Yemen on the brink of famine after port offensive, aid groups warn 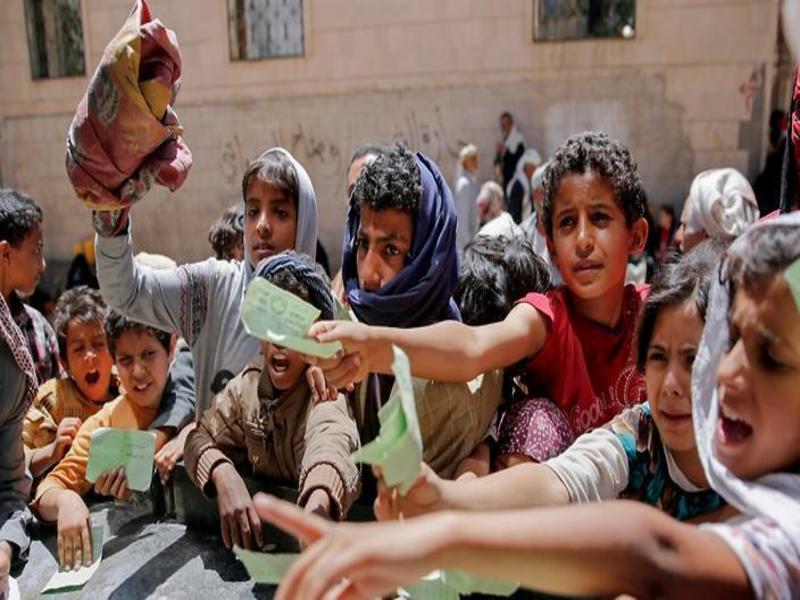 Yemen is close to famine after a 25-percent increase in levels of severe hunger this year and an offensive on the main port city of Hodeida, a lifeline for millions, humanitarian organisations warned on Monday.

The Thomson Reuters Foundation reports, thousands more people have been displaced by the conflict and many are having to skip meals and beg on the streets, they said, with an estimated 8.4 million people already on the verge of starvation.

“We perceive the country to be sitting on a knife edge in terms of famine – it could tip at any time really,” Suze van Meegen, spokeswoman for the Norwegian Refugee Council, told the Thomson Reuters Foundation by phone from the capital, Sanaa.

“The desperation we are seeing is becoming greater – more people are begging in the streets.”

The United Nations World Food Programme (WFP) said four in every 10 children under five were now acutely malnourished, and put the number of people displaced since the Hodeida offensive began at 200,000.

“Averting famine in Yemen will be contingent on the ability of WFP and other humanity agencies to reach the populations in need to sustain humanitarian assistance,” said Stephen Anderson, Yemen country director for the WFP, by phone from Sanaa.

The United Nations said last year there were “famine-like” conditions in parts of Yemen, but that not all the criteria had been met.

For famine to be declared, more than 20 percent of the population must be unable to feed themselves, with 30 percent or more of children under five suffering acute malnutrition and doubling in the rate of mortality, the UN said at the time.

The offensive on Hodeidah was led by Saudi Arabia and the United Arab Emirates and launched the largest battle in a conflict that has killed more than 10,000 people.

The war has caused the world’s most urgent humanitarian crisis, with 22 million Yemenis dependent on aid.

Van Meegen said it was calm in Hodeidah city, but heavy fighting south of the city was causing civilian deaths and driving people from their homes.

In June, WFP was able to bring in three ships containing enough food for six million people for one month.

Anderson said the prospect of the ports closing again was a “major concern”.