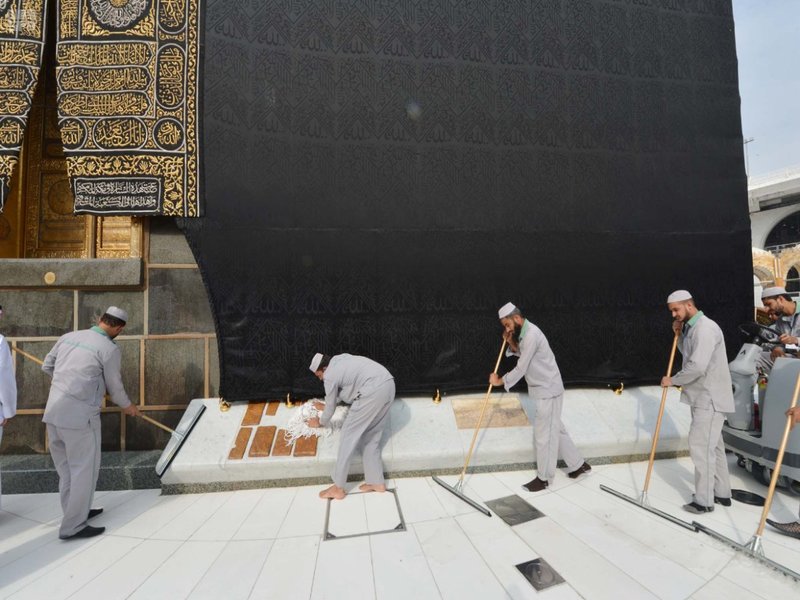 The General Presidency for the Holy Mosque and the Prophet’s Mosque started implementing its two-month plan for the upcoming Hajj season, stretching from the beginning of the current month until the end of the month of Dhu al-Hijjah.

The authority’s President Sheikh Dr. Abdulrahman bin Abdulaziz al-Sudais said that the Presidency is keen to make all early preparations for the Hajj season for this year 1439, including a number of services, covering administrative and human resources, guiding, engineering and technical fields.

He also pointed out that the plan during this year’s Hajj season is working to achieve a number of goals, including the helping pilgrims to perform their duties with the utmost ease while making sure that the plan goes on without any hindrances, making all its venues available for the Great Mosque’s pilgrims and guiding them with wisdom and good advice as well as providing all the necessary services and preparing all the facilities and venues and ensuring they are ready in the best possible way.

He also indicated that it was done in partnership and coordination with the relevant institutions, governmental and security parties headed by the ministry of interior and the regions of Mecca and Medina.

Concerning the pilgrims’ guidance, Sudais stressed the availability of a number of important services provided by public administrations including a Guidance and advising service that is concerned with raising the awareness of pilgrims and visitors conducting their worship in the most appropriate way and according to legitimate requirements, this includes: workshops conducted by a number of religious figures from sheikhs, instructors and scholars, the distribution of the Quran, pamphlets, religious and advisory books, the translation of Friday sermons in the Holy Mosques in a number of languages ,and organizing and arranging the visits and the salutations to the Prophet (saw) and the Sahaba, may Allah be pleased with them, as well as arranging the entrance and praying of women in the Rawdah Mubarak without mixing with men ,and that three times during the day and the night.

He also underlined the fact that the foundation has been working on the instantaneous interpretation of Friday khutbahs in the Holy Mosque and that in 10 languages in addition to organizing all the gates and stairs during the Hajj season which amount to 210 gates in the Holy mosque and 100 gates in the Prophet’s mosque, 28 escalators in the Holy Mosque and 4 in the Prophet’s mosque as well as 38 entrances allocated to people with special needs and 7 to women in addition to 7 bridges , 7 ferries and one single funeral entrance.

The interpretation will also include the translation of the sermon into sign language for the deaf pilgrims. Furthermore, services will be provided to people with special needs with settees and golf carts allocated to the transportation of the elderly pilgrims and visitors.

King Abdul Aziz Foundation will also contribute through the renovation of the Holy Kaaba’s Kiswah (gold-laced cover) and substitution with a new cover and that on the ninth of Dhu al-Hijjah.

The number of humidifiers and air fresheners will also be increased in the corridors of the Holy Mosque in order to welcome visitors and worshipers.

The air fresheners will be equipped with the finest incense and the best variety of coal which preserves heat without causing any smell or sparks. The air fresheners used are made of colloidal copper and covered with a colloidal perforated silver coat that allows to diffuse the incense with all caution.

Regarding the project of increasing the capacity of pilgrims, he stated that the total number of pilgrims has reached 107 thousand person per hour and pointed out that the third phase of the Saudi expansion will be beneficial.

As for sanitation, more than 8411 thousand washrooms were made available and more than 6000 thousand water tap were distributed in the squares of the Great Mosque and the Prophet’s Mosque among other services necessary to every pilgrim.

All the electrical switching lines for the main audio and its back up were supplied. Hence, securing the audio system with the stability of the electrical power without any interruption.

In regards to the administrative and human axis, he affirmed that the implementation of this plan in the Two Holy Mosques is being executed by more than 10,000 thousand of the human resources staff.