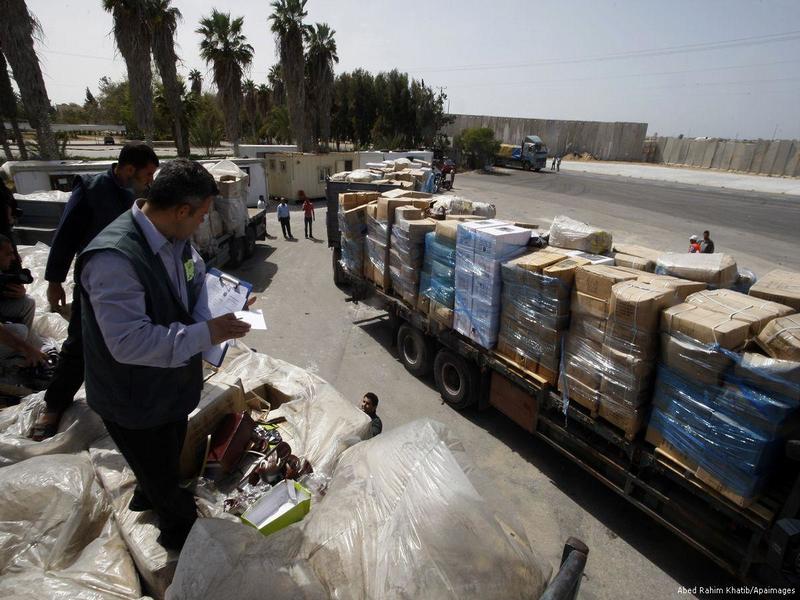 Israeli human rights NGO Gisha has urged Prime Minister Benjamin Netanyahu and Defense Minister Avigdor Lieberman to “rescind the severe restrictions on the entrance of goods and the sweeping prohibition on exit of goods via the Kerem Shalom Crossing to the Gaza Strip”.

The letter, sent on 15 July before a further, temporary ban on the entry of fuel was announced Tuesday, “also calls for all sanctions imposed on the civilian population of the Gaza Strip to be formally published in order to allow public debate on the matter”, states Gisha’s press release.

Damage to farmland caused by incendiary kites and balloons “cannot justify the closure of the main commercial crossing of the Gaza Strip”, the letter states. “Kerem Shalom serves the entire population of Gaza, including children, the elderly and the sick, a total of some two million people, and has no substitute”.

“Merchants and farmers who received unexpected notice about the immediate closure of the crossing have suffered tremendously, in ways that may be irreversible”, the letter continues, noting that “the restrictions on shipping goods outside the Gaza Strip will cause severe damage to factories and businesses, and lead to loss of livelihoods”.

The letter affirms that the measures taken by the Israeli authorities constitute illegal collective punishment, which “both Israeli and international law categorically and unequivocally prohibit[s]”.

“We urge you to lift the restrictions imposed on the movement of goods immediately and to avoid further measures”, the letter concludes.