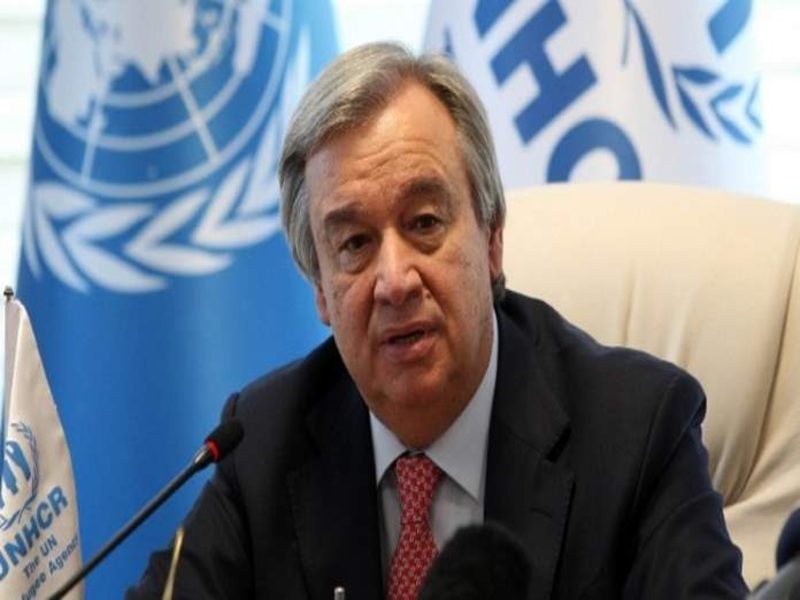 United Nations Secretary General Antonio Guterres on Tuesday voiced regret over the decision by the US to unilaterally withdraw from the UN Human Rights Council (HRC).

“The Secretary-General would have much preferred for the United States to remain in the Human Rights Council,” Guterres’ spokesman, Stephane Dujarric, said in a brief statement shortly after the announcement.

Nikki Haley, the US’s UN envoy, told reporters at the State Department that the US is making the exit because the 47-member Geneva, Switzerland-based body is “not worthy of its name,” pointing to its alleged “chronic bias” against Israel and inclusion of human rights abusers as council members.

“Many of these countries argue that the United States should stay on the Human Rights Council because American participation is the last shred of credibility that the council has. But that is precisely why we must leave,” Haley said, arguing that the council has become “hypocritical and self-serving”.

“Should it become reformed, we would be happy to rejoin it,” she added.

Haley and Secretary of State Mike Pompeo, who also made a brief statement, said the council includes some of the world’s worst rights abusers, including China, Cuba, the Democratic Republic of the Congo and Venezuela, while overlooking rights abuses in hotspots across the globe.

“We take this step because our commitment does not allow us to remain a part of a hypocritical and self-serving organization that makes a mockery of human rights,” Haley said.

The HRC earlier this week issued a stern criticism of the Trump administration’s “zero tolerance” immigration policy, which has resulted in the forced separation of alleged undocumented migrant parents from their children.

Pompeo and Haley did not mention the rebuke, but Haley said “the council continues politicizing and scapegoating of countries with positive human rights records in an attempt to distract from the abusers in their ranks”.

“Given the state of human rights in today’s world, the US should be stepping up, not stepping back,” he added.

The matter of filling the vacancy left in the council membership through the US’s decision would need to be addressed by the UN General Assembly, the President of the Human Rights Council, Ambassador Vojislav Suc, said in a statement.

The EU External Action Service (EEAS) also reacted against the move, noting in a statement that “the U.S. has always been at the forefront of the protection of human rights around the world and has for many years been a strong partner for the EU in the Human Rights Council”.

“Today’s decision risks undermining the role of the US as a champion and supporter of democracy on the world stage,” the statement added.

“And [the US] is no longer able to justify its criminal practices and support for Israeli terrorism against the Palestinian people,” the group’s spokesperson, Sami Abu Zuhri, said on his Twitter account.