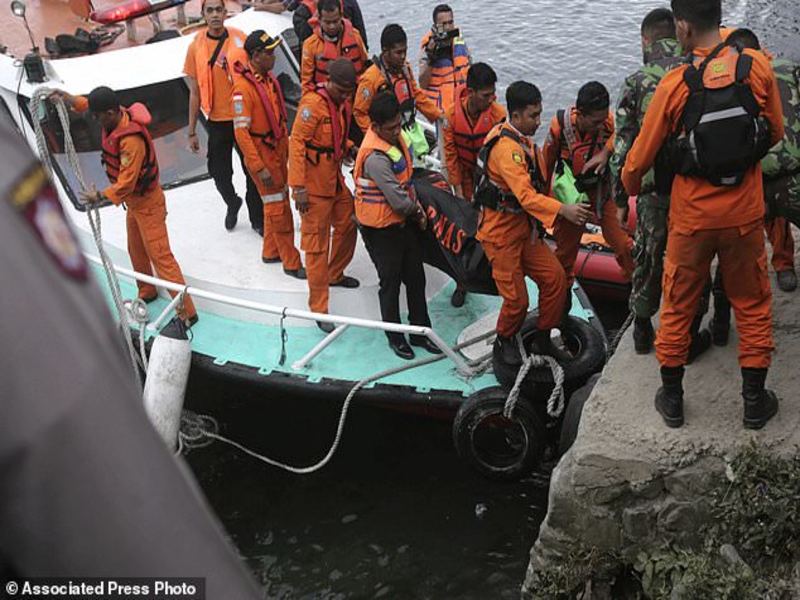 At least 166 people are believed to be missing after a ferry capsized in North Sumatra province’s Toba Lake, Indonesian officials said on Wednesday.

The ferry sank on Monday afternoon after it encountered bad weather and two-metre-high waves.

The wooden ferry did not have a manifest, so officials were relying on reports from families with missing relatives to calculate the number of people believed to be on board the boat, which was reportedly operating illegally.

The head of the local disaster agency, Mahler Tamba, told DPA news agency that a search and rescue party found an unidentified body in the lake on Wednesday morning, raising the number of confirmed deaths to two.

Eighteen people were rescued earlier by a team of about 350 personnel.

Mahler said the 166 people listed missing were reported by families in Tigaras in Simalungun district where the boat was headed and in Simanindo from where it departed.

“We will cross check and verify the names accordingly,” Tamba said.

Suwarni, whose 20-year-old son and his girlfriend were on the ferry, slammed the search and rescue operation as slow and insufficient.

“Millions of questions keep me from sleeping,” she said between desperate sobs.

“What kind of government is this which can’t protect their own people from unnecessary accidents? And after the accident they’re not able to find the victims,” Suwarni, who uses only one name, told AP news agency.

Cellphone video released earlier in the week by the National Disaster Mitigation Agency showed the crew of another ferry attempting to rescue people struggling in the waters shortly after the sinking but being hampered by bad weather and rough waters.

Lake Toba is the largest lake in Indonesia, and sits about 900 metres above sea level. It’s cool climate and scenery make it a popular tourist destination especially during the current Eid holiday season.

Ferry tragedies are common in Indonesia, an archipelago of more than 17,000 islands, with weak enforcement of safety regulations often to blame.