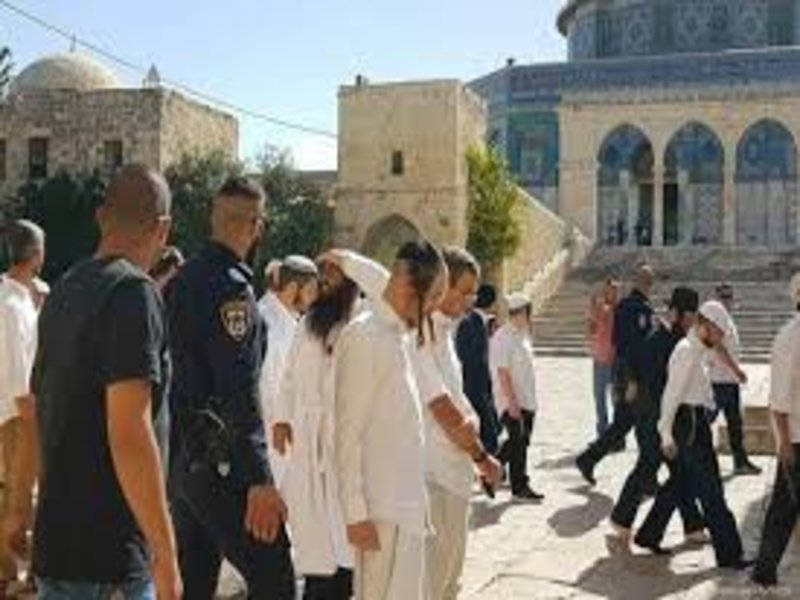 The Minister of Awqaf and Religious Affairs Yousef Edais confirmed that during the month of May there were dozens of violations and attacks against Al-Aqsa Mosque in Jerusalem and the Ibrahimi Mosque in occupied Hebron.

In a press statement released yesterday, Edais said that the occupation is taking advantage of the silent and divided Arab peoples and the US green light to increase its Judaisation policies in the occupied city.

“During this month, the Israeli government approved a number of projects aimed at financing archaeological excavations in Al-Aqsa Mosque and adopted a huge budget to impose the occupation’s control over Jerusalem. The occupation forces managed to take over part of Al-Rahma cemetery to convert it into a biblical garden, and for more than two weeks, the Israel Nature and Parks Authority has devastated it,” he explained.

May witnessed a fierce campaign against Al-Aqsa’s guards, with many detained and deported, in addition to having the Muslim call to prayer silenced. The occupation continued its siege of the city and limited access to it for Palestinian living in the occupied West Bank.

The minister added that the occupation continues its siege of the Ibrahimi Mosque and occupied Hebron’s Old City, and its harassment of the worshippers and citizens. Edais insisted also that the occupation prevented the call for prayer being aired from the mosque 47 times in May.

Settlers even held a musical concert in the Ibrahimi Mosque’s courtyard for several hours, Edais continued.