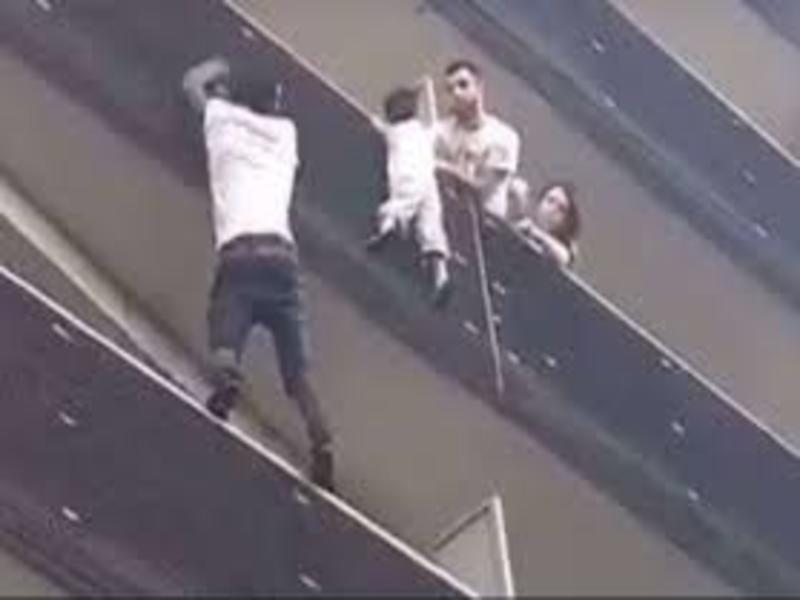 A recent immigrant from Mali to Paris is being hailed as a ‘Muslim Spiderman’ after his heroic act of saving a four-year-old child dangling from a balcony by scaling the building’s four floors.

Footage of the incident was caught on video and shared on social media with many calling the man, identified as Mamoudou Gassama, a hero.

Paris Mayor Anne Hidalgo called and thanked Gassama and added in a tweet that the immigrant had just arrived in Paris from Mali a few months ago.

“He explained to me that he arrived from Mali a few months ago while dreaming of building his life here. I replied that his heroic gesture is an example for all citizens and that the city of Paris will obviously be keen to support him in his efforts to settle in France,” Hidalgo tweeted.

French media outlets reported that the police arrested the toddler’s father after he allegedly left the child home alone while he went to get groceries.