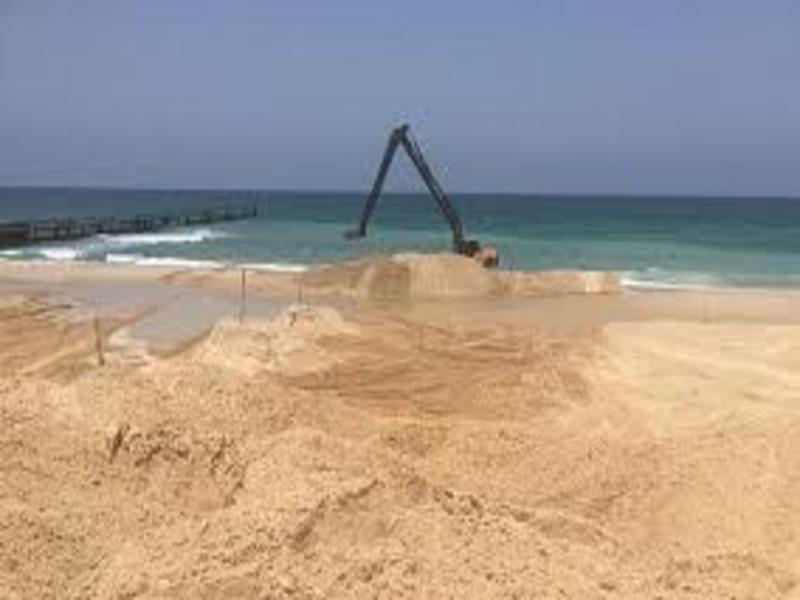 Israel has begun working on an ocean barrier aimed at preventing Palestinians in Gaza from infiltrating its territory, the Israeli defence ministry has said.

The barrier, which consists of fortified breakwater topped with barbed wire, is being constructed a few kilometres north of Gaza and is due to be completed by the end of the year.

“This is the only barrier of its kind in the world, which will effectively block the possibility of infiltrating into Israel by sea,” Avigdor Lieberman, Israel’s defence minister, said in a statement on Sunday.

“This is further thwarting Hamas, which will lose another strategic capability [after] investing huge sums in its development.”

According to Israeli media, the defence ministry ordered the construction of the barrier in the aftermath of the 2014 Gaza war and after discovering that Hamas fighters had successfully entered Israel by sea.

The coastal enclave has been the subject of a blockade imposed by Israel and, to a lesser degree, Egypt since 2007 when Hamas took control of the territory.

Israeli naval vessels have made it difficult for Gaza’s fishermen to fish beyond a certain point, usually set at six nautical miles or about 11km and have opened fire on Palestinians ships in the past.

Heightened tensions
An attack targeting an observation post on Sunday killed at least three people, including two fighters from the Islamic Jihad movement.

According to the Islamic Jihad group, two men were part of their armed wing, called the al-Quds Brigades.

Two of those killed were identified as 25-year-old Hussein al-Amour, 28-year-old Abdul Haleem al-Naqa, according to the Palestinian health ministry. A third person, 25-year-old Naseem Marwan al-Amour, succumbed later to his wounds.

A day earlier, Israeli aircraft attacked two targets belonging to the Hamas movement, although no casualties were reported.

More than 118 Palestinians have been killed in the Gaza Strip since mass protests demanding the right of return began in late March.

Yahiya Sinwar, the head of Hamas in Gaza, has called for further mass protests on June 5, the anniversary of the end of the 1967 Six Day War, which saw the Gaza Strip, the West Bank and East Jerusalem captured by Israel.