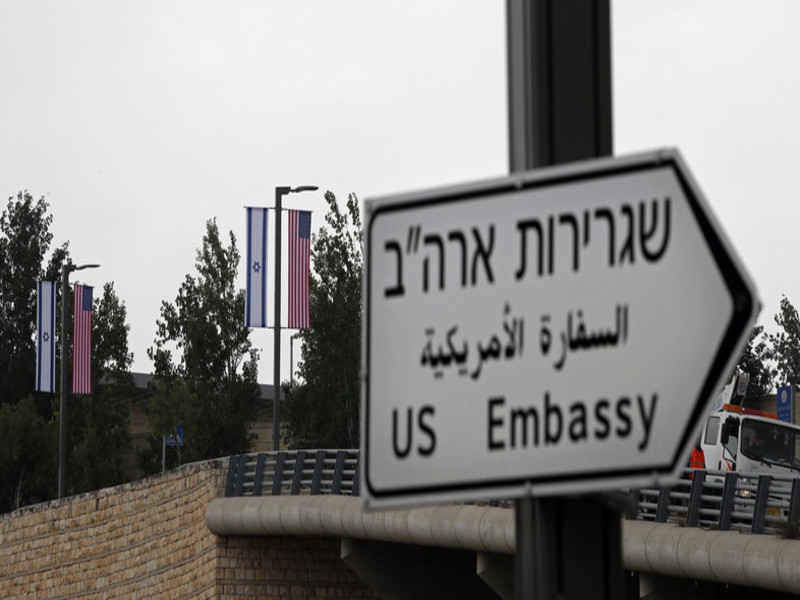 Saudi Arabia on Tuesday said it opposed the US decision to relocate its Israel embassy from Tel Aviv to Jerusalem.

“The Kingdom rejects the American administration’s decision to transfer its embassy to Jerusalem,” the Council of Ministers said in its session chaired by King Salman.

“This step represents a significant prejudice against the rights of the Palestinian people which have been guaranteed by international resolutions,” it said.

“The government of Saudi Arabia has already warned of the grave consequences of such an unjustified move as a provocation to the feelings of Muslims around the world,” the Cabinet added.

The Council of Ministers reiterated the Kingdom’s condemnation of Israeli gunfire that killed scores of unarmed Palestinian civilians along the Gaza Strip border on Monday.

It stressed the need for the international community to shoulder its responsibility to stop violence and protect the Palestinian people.

The Cabinet reaffirmed the Kingdom’s firm positions toward the Palestinian cause and its support for the Palestinian people in restoring their rights in accordance with the resolutions of international legitimacy and the Arab peace initiative.

The Cabinet also renewed the Kingdom’s support and welcomed the US President Donald Trump’s withdrawal from the nuclear agreement with Iran and the re-imposition of economic sanctions.

Iran has been exploiting the gains from the lifting of sanctions to continue its destabilizing activities in the region, especially through the development of ballistic missiles and support for terrorist groups.

The Cabinet also stressed the Kingdom’s hope that the international community will adopt a firm and unified stance toward Iran and its hostile actions to destabilize the region and its support for terrorist groups, especially Hezbollah and Houthi militia as well as its support for Assad’s regime which has committed the most heinous crimes against its own people.

Minister of Culture and Information Dr. Awwad Al-Awwad said in a statement to Saudi Press Agency following the session that the Cabinet commended the announcement of the Public Investment Fund on holding the Future Investment Initiative for 2018 on Oct. 23-25 in Riyadh under the patronage of Custodian of the Two Holy Mosques and under the chairmanship of Crown Prince Muhammad Bin Salman, deputy premier and minister of defense, and chairman of the Board of Directors of the Public Investment Fund.

The initiative held last year was a huge success in which more than 3,800 experts and leaders from 90 countries participated.

The Cabinet valued the Council of Economic and Development Affair’s adoption of the Financial Sector Development Program 2020, one of the programs to achieve the Kingdom’s Vision 2030, which seeks to develop the financial sector, increase its efficiency and promote savings, financing and investment.

The Cabinet also welcomed the decision taken by the Arab Ministers of Information at its 49th ordinary session held in Cairo to select Riyadh as the Arab Information Capital 2018/2019.