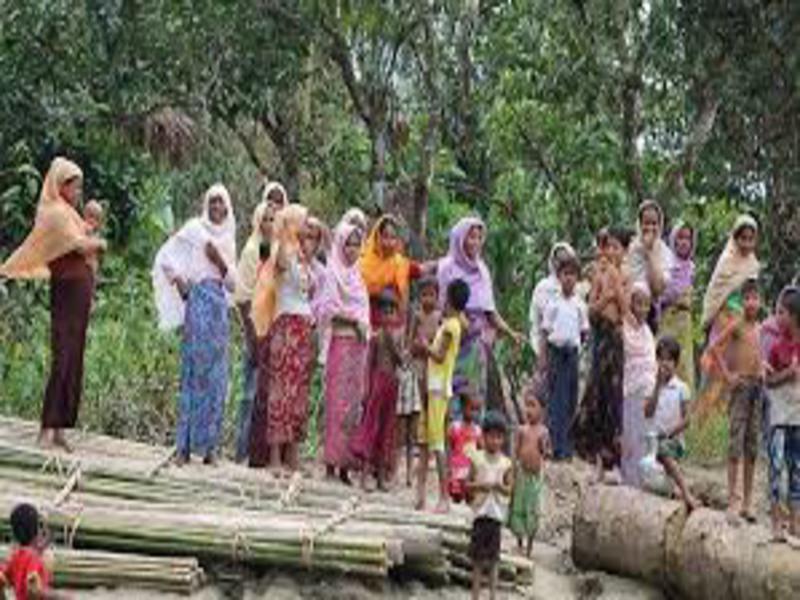 “Myanmar is my birthplace and I want to go back to Rakhine,” said Abul Hashem, 38, a Rohingya refugee living in Kutupalang Camp in Cox’s Bazar district with his family. But before repatriation, he demands the right to citizenship of Myanmar.

“We want assurance for the basic five human rights — food, clothes, shelter, education and treatment. Otherwise, what will I do going back to Myanmar?” said Hashim to Arab News.

Bangladesh and Myanmar, along with international agencies, are engaged in negotiations over the repatriation of Rohingya refugees.

Three months after receiving the first list of 8,000 Rohingyas, Myanmar has approved only 1,000 for repatriation.

The names have been finalized after going through seven phases of scrutiny by Myanmar.

“Our preparation for repatriation on ground level is going on and it is a continuous process,” said Refugee Relief and Repatriation Commissioner Abul Kalam.

He told Arab News that Bangladesh has already completed the physical structure of a “transit camp,” while the other one will be completed in the next three months. Rohingya refugees will be kept in these transit camps for hours or days during the final stage of repatriation.

In reality, the process of repatriation is moving very slowly. “It is because Myanmar is not responding promptly, particularly on this issue,” said a high official of Bangladesh Foreign Ministry who requested anonymity as he is not authorized to speak about the issue.

Bangladesh authorities have so far been unclear about the fate of the 7,000 from the repatriation list who were not selected.

The two countries are set to hold a joint working group meeting on May 17 in Dhaka, where Bangladesh Foreign Secretary Shahidul Haque and Myanmar’s Ministry of Foreign Affairs Permanent Secretary Myint Thu will represent their respective sides.

“Our prime and foremost agenda will be the speedy repatriation of the Rohingya refugees,” said a Bangladesh Foreign Ministry source.

This slow process of repatriation has created much frustration among the diplomats in Dhaka.

“After three months they are accepting only 1,000 Rohingyas. It doesn’t reflect the seriousness of commitment,” said Humayun Kabir, former Bangladeshi ambassador to the US.

He added that the US tried to “push a strong decision” against Myanmar for grave human rights violations during the last UN Security Council session “but unfortunately it could not happen due to a veto by China as they suggested that the issue was resolved bilaterally,” said Humayun.

Bangladesh should increase its diplomatic engagement with China on the issue of Rohingya refugees, he suggested.

Although Bangladesh and the UNHCR, the UN refugee agency, earlier signed a memorandum of understanding over repatriation process, there is no sign of significant development from the UNHCR in Bangladesh yet.

Caroline Gluck, the UNHCR spokesperson in Cox’s Bazar, told Arab News that “a discussion is going on” with Myanmar to finalize the modalities of its engagement in the voluntary repatriation of Rohingyas as the UNHCR is trying to ensure safe repatriation at both ends of Bangladesh and Myanmar.