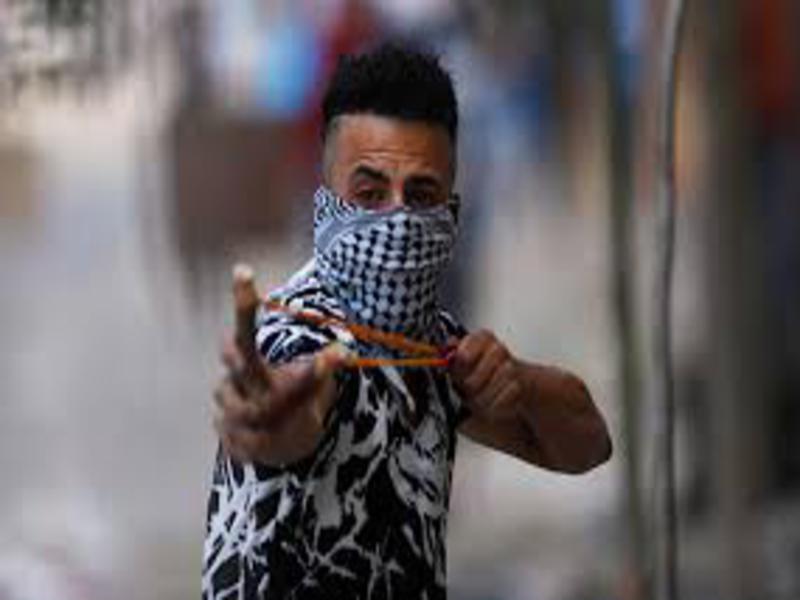 A Palestinian protester near the Gaza border managed to bring down what appears to be an Israeli drone with a rock and a slingshot, a video posted online revealed.

The footage by Press TV shows Palestinians hurling stones at an object which looks like a drone, with a slingshot. A heavy cloud of gray smoke can be seen, while sirens are heard in the background.

One of the demonstrators is eventually successful, prompting the protesters to erupt in celebration. It is unclear when the incident took place, though similar reports emerged on Friday.

There has been no reaction from Israel, although Tel Aviv has been using drones to monitor Palestinian protests. In March, the Israel Defense Forces (IDF) used tear gas-deploying UAVs to disperse huge crowds of protesters along the Gaza border.

Palestinians have been protesting near the Gaza border as part of the Great Return March since the end of March.

The demonstrations are slated to continue until Nakba on May 15, a day when Palestinians mark what they regard as a mass evacuation from their land as a result of Israel’s establishment. At least 45 people have been killed and 6,800 have been injured since the protests began, according to the Gaza Health Ministry.