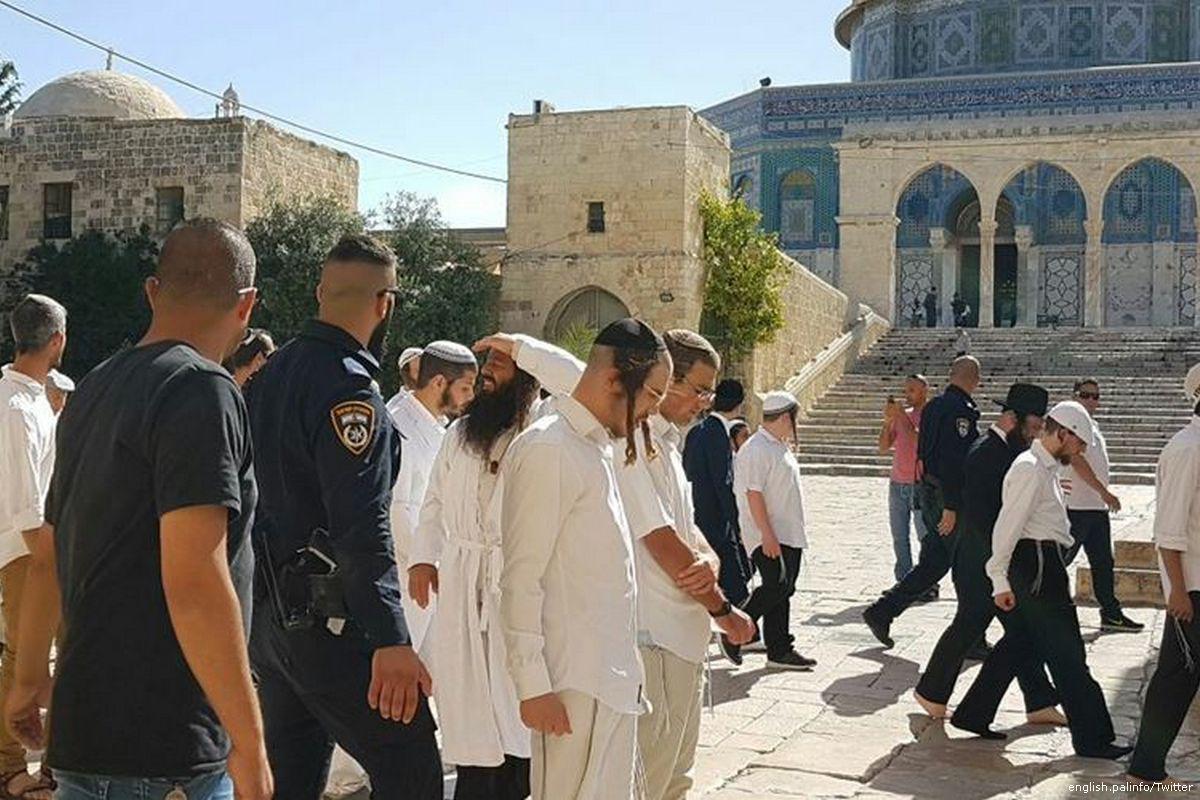 The decision of an Israeli court to allow Jewish settlers to perform prayers at the gates of Al-Aqsa Mosque caused wide-scale rage among Palestinians yesterday, Quds Press reported.

He added: “Al-Aqsa Mosque is only for Muslims and any decision that undermines its positions will cause wide tension in the region.”

Meanwhile, the Mufti of Al-Aqsa, Mohammed Hussein, said: “Al-Aqsa is only for Muslims alone and no one other than them has the right to perform prayers or practice their religious rituals in it.”

He also said that this “is not the first time the Israeli courts have taken such decisions,” noting that the first Israeli court ruling that allowed the settlers to perform their rituals inside Al-Aqsa Mosque was in 1975.

For its part, the Palestinian government of national accord described the ruling as a “dangerous precedent”, warning that this might lead to “high tension” among Palestinians.

On Sunday, an Israeli Magistrate Court in the Negev ruled that anyone has the right to pray on any street in Israel provided that doing so does not harm the rights of the others.

The judge, who accused the Muslim worshippers of harassing Jewish settlers, also said that praying at the gate of Al-Aqsa Mosque is “the best proof of the Israeli control of the area.”