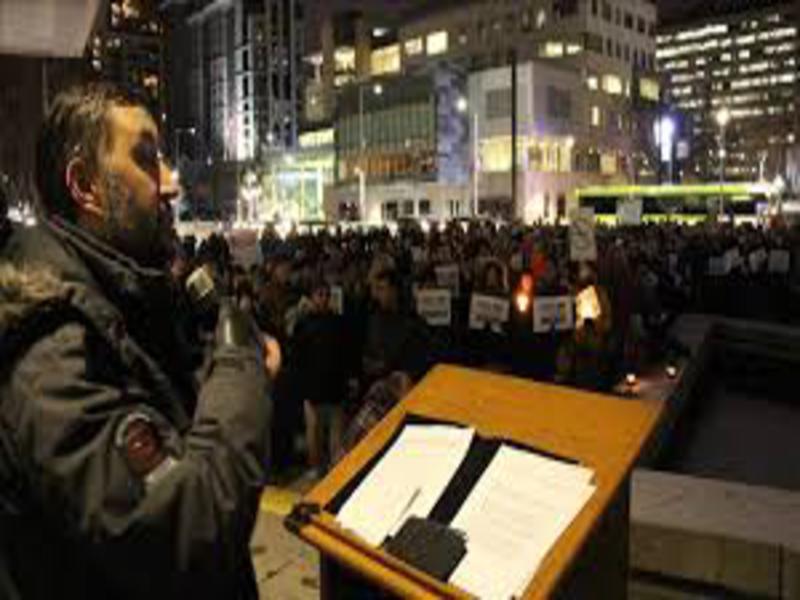 Various faith leaders and politicians gathered in the Toronto area Monday to condemn the actions of a woman who allegedly ripped pages from a Qur’an and put them on vehicle windshields.

The Muslim Council of Peel in the greater Toronto area said police are investigating the incidents that occurred at three mosques on March 22.

The vehicles belonged to people who were praying in the mosques.

City of Mississauga Mayor Bonnie Crombie said at a press conference that such acts are unacceptable.

“We have no tolerance for any intolerance in our city,” she said.

Rabia Khedr, executive director of the Muslim Council of Peel, said area mosques are taking security precautions to deter such acts and have asked for increased policing.

Khedr said the woman who allegedly committed the acts, Sandra Solomon, is known to area Muslims.

A live stream of the acts was posted to a Facebook group called “Never Again Canada” and the video shows a woman ripping out pages of the Qur’an, which she calls a “satanic evil book” and putting the pages on windshields.

She then enters the Dar Al-Tawheed Islamic Centre in Mississauga and while waiting to talk to the mosque’s imam, Ibrahim Hindy looks through various books, which she calls “all garbage”.

Hindy said he is usually open to discussing religion, but not with Solomon.

“Please do not mistake this assault on our mosque as an attempt for conversation or a critique of religion,” he told reporters. “This was a plain attempt to instigate strife.”

The imam said other acts of bigotry have been committed — he has received death threats.

The video on the Never Again Canada site has since been removed, but a quick read of the page demonstrates that it is clearly anti-Islamic.

One post says that Hindy is “known for publicly expressing support of all Mujahedeen to advance jihad everywhere”.
Khedr called on the Canadian government to take measures to stop the spread of hatred online.

“There is simply no recourse for online hate,” she said. “We need stronger laws to protect us from online bullying and hate.”