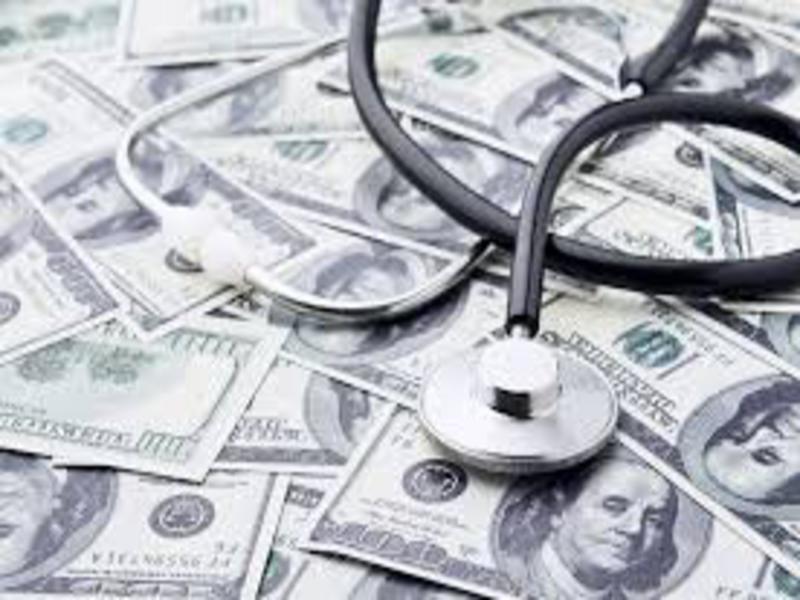 In a move that can only be described as utterly Canadian, hundreds of doctors in Quebec are protesting their pay raises, saying they already make too much money.

As of Wednesday afternoon, more than 700 physicians, residents and medical students from the Canadian province had signed an online petition asking for their pay raises to be cancelled. A group named Médecins Québécois Pour le Régime Public (MQRP), which represents Quebec doctors and advocates for public health, started the petition Feb. 25.

“We, Quebec doctors who believe in a strong public system, oppose the recent salary increases negotiated by our medical federations,” the petition reads in French.

The physicians group said it could not in good conscience accept pay raises when working conditions remained difficult for others in their profession — including nurses and clerks — and while patients “live with the lack of access to required services because of drastic cuts in recent years.”

A nurses union in Quebec has in recent months pushed the government to address a nursing shortage, seeking a law that would cap the number of patients a nurse could see. The union said its members were increasingly being overworked, and nurses across the province have held several sit-ins in recent months to push for better working conditions.

In January, the situation was encapsulated in a viral Facebook post by a nurse in Quebec named Émilie Ricard, who posted a photo of herself, teary-eyed, after what she said had been an exhausting night shift. Ricard said she had been the only nurse to care for more than 70 patients on her floor; she was so stressed that she had cramps that prevented her from sleeping, she added.

“This is the face of nursing,” Ricard wrote, criticizing Quebec Health Minister Gaétan Barrette, who had deemed recent health-care system changes a success.

“I don’t know where you’re going to get your information, but it’s not in the reality of nursing,” the nurse wrote. She later added: “I am broken by my profession, I am ashamed of the poverty of the care that I provide as far as possible. My Health system is sick and dying.”

Ricard’s post has since been shared more than 55,000 times.

“There’s always money for doctors, she says, but what about the others who take care of patients?” said Nancy Bédard, president of Quebec’s nurse’s union.

Meanwhile, in February, Quebec’s federation of medical specialists reached a deal with the government to increase the annual salaries of the province’s 10,000 medical specialists by about 1.4 percent, or from $4.7 billion currently to $5.4 billion in 2023, Canadian Broadcasting Corp. News reported. The average salary for a specialist in Quebec is already high — $403,537 annually — compared with $367,154 in neighbouring Ontario, according to CBC.

“The only thing that seems to be immune to the [health-care system] cuts is our salaries,” the petition by MQRP, the doctor’s group, stated. “Contrary to the Prime Minister’s statements, we believe that there is a way to redistribute the resources of the Quebec health system to promote the health of the population and meet the needs of patients without pushing workers to the end.”

The petition ended by asking that the salary increases be cancelled and the money be redistributed throughout Quebec’s health-care system.

It is unclear what will become of the petition. Barrette, the health minister, addressed the issue shortly after the petition was started.

“If they feel they are overpaid, they can leave the money on the table,” he said Feb. 26, according to CBC. “I guarantee you I can make good use of it.”

Barrette also said that the issue of working conditions for medical personnel such as nurses was something “that has to get our total attention,”

“We have the money to address that,” he told the newspaper. “That doesn’t mean we have infinite amounts of money, but we have the capacity to resolve that issue once and for all.”