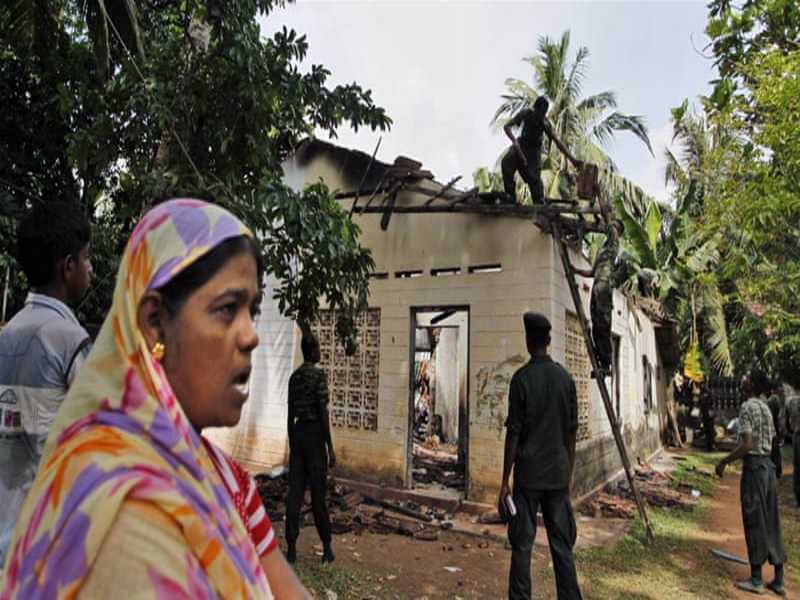 Sri Lankan Muslims say they fear being attacked during Friday prayers by Sinhalese Buddhists, amid accusations that security forces are failing to take action against marauding mobs.

Despite a state of emergency and a curfew to curtail violence that broke out last weekend between Muslims and Buddhists in the central district of Kandy, concerns abound that attacks will continue in Sri Lanka.

“I am living in fear and could not sleep the whole night as all the men from my family have gone out to protect us and we are left in the home,” Fathima Rizka, a 25-year-old from Kandy, told Al Jazeera.

“The police are not protecting us. They are just standing by while more attacks are being carried out … We don’t know what will happen next.”

On Thursday, the streets of most towns in Kandy were empty, except for police and soldiers. The violence and heavy security presence are largely limited to Sri Lanka’s central hills.

Rizka said word is spreading among the Muslim community in Kandy that Buddhists are planning attacks in the area during Friday prayers.

“Special arrangements are being made by the community to ensure that there are men who will pray at a different time to ensure that women and children are not left vulnerably alone in their homes,” she said.

Enabling the mobs?
The latest communal violence began on Sunday when a man from the mainly Buddhist Sinhalese majority was beaten to death by Muslim men over a traffic accident, in Teledeniya town in Kandy.

The following day, hundreds of Sinhala Buddhists converged on the district and attacked dozens of Muslim businesses, houses and mosques. Many establishments were set ablaze.

Since the violence erupted, there have been repeated allegations that security forces have failed to arrest the perpetrators of attacks.

“The government is saying that they will do more to crack down against the mobs, but the truth on the ground is that Muslims do not feel protected. We feel that there is someone involved in a high position who is enabling the mobs to get away with the crimes against our community,” said Mohamed, 58, who asked that his surname not be published for security reasons.

The husband and father of two said that Muslim residents are taking security matters into their own hands.

“We cannot let our wives, mothers and sisters cry in fear, watching our livelihoods burn before our eyes while those in authority refuse to sincerely help us,” he said.

“We have to take matters into our own hands by standing outside our properties and in our towns to ensure the safety of our families because the police are simply not keeping law and order intact.”

Al Jazeera attempted to contact Kandy’s police Inspector-General Pujith Jayasundra for comment, but a person answering the phone at his office said he was “unavailable for comment on the accusations”, and to call back on Friday.