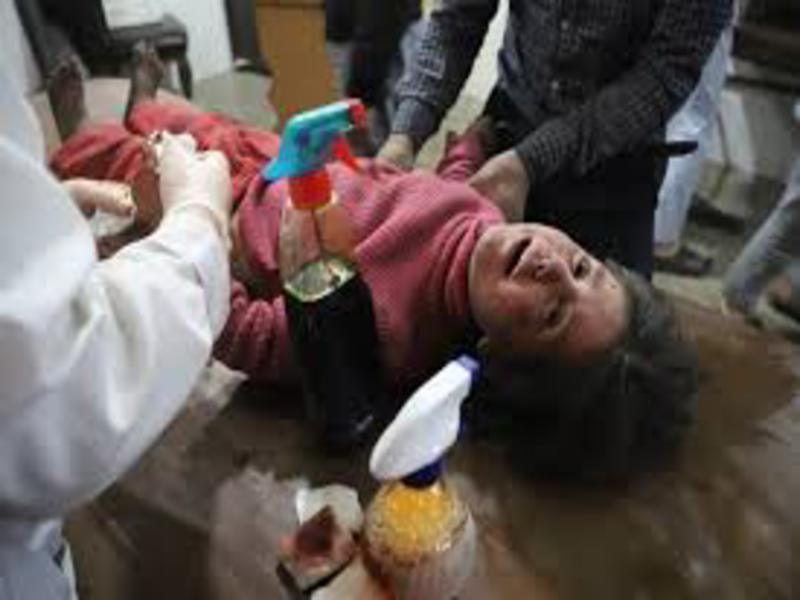 An aid convoy planned for Thursday to bring assistance to besieged civilians in Syria’s rebel enclave of Eastern Ghouta will not go through, the International Committee of the Red Cross said.

“The convoy for today is postponed, as the situation is evolving on the ground, which doesn’t allow us to carry out the operation in such conditions,” ICRC spokeswoman Ingy Sedky told AFP.

The joint convoy between the ICRC, United Nations, and Syrian Arab Red Crescent was expected to deliver aid to Eastern Ghouta’s main town of Douma on Thursday.

A reporter contributing to AFP saw the trucks on Thursday parked on the edges of Eastern Ghouta, at the government-controlled Wafideen checkpoint.

It marks the second time this week that desperately needed aid operations to Eastern Ghouta has been disrupted by military developments.

On Monday, 46 trucks of assistance entered the area in the first aid provision since a new offensive against the enclave began on February 18 — but they had to cut their deliveries short and leave due to heavy bombardment.

Nearly half of the food aid could not be delivered while the UN said Syrian authorities removed some medical and health supplies from the trucks.

Eastern Ghouta has been besieged since 2013, making food, medicine, and other daily goods exceedingly difficult to access.

Aid deliveries into the area require permissions from all warring sides.

The Syrian Observatory for Human Rights said at least 60 people in the besieged rebel enclave were left struggling to breathe after air strikes and barrel bombs hit the towns of Saqba and Hammuriyeh.

Doctors at one medical facility in Eastern Ghouta said they treated at least 29 patients with signs of exposure to chlorine, according to the Syrian American Medical Society (SAMS).

SAMS is a medical charity that supports hospitals in Eastern Ghouta and other rebel-controlled zones in Syria.

It did not report any deaths but said it was likely that more victims were being treated at other clinics.

“The emotional trauma from these attacks cannot be measured.”

Dyspnea is shortness of breath. Conjunctival erythema is redness of the eye caused by dilation of the blood vessels.

Eastern Ghouta is facing a blistering offensive by Russian-backed government forces and allied militiamen, who are seeking to clear out rebels from the capital’s outskirts.

Regime forces have been repeatedly accused of using chlorine on Eastern Ghouta in recent weeks, which both the government and its ally Russia have staunchly denied.

United Nations investigators say government forces used chlorine as a weapon at least three times between 2014 and 2015, as well as sarin gas in 2016.

The latest assault on Eastern Ghouta began an intense bombing campaign on February 18, followed by a ground offensive.

Government forces have since captured more than half of the rebel-held parts of the area and killed more than 890 civilians, according to the Britain-based Observatory.

The toll includes at least 87 people killed on Wednesday.

Air strikes continued to hit the remaining rebel-controlled parts of Ghouta on Thursday.