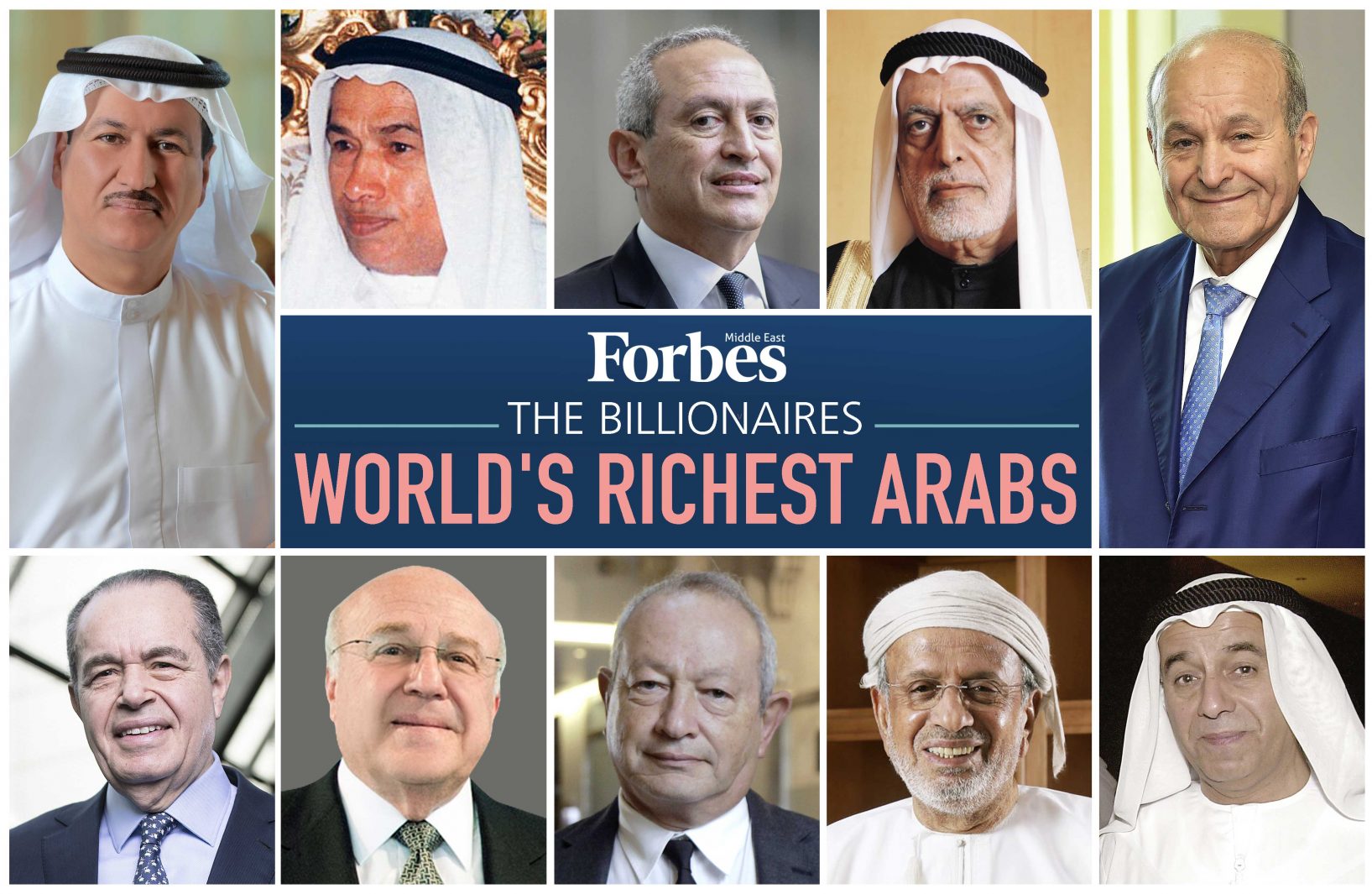 According to Forbes list, the net wealth of the World’s Richest Arabs reached $76.7 billion, distributed among 31 Arab men.

UAE’s Abdullah bin Ahmed Al Ghurair and Majid Al-Futtaim came in second and third place with a net worth of $5.9 billion and $4.6 billion respectively.

Lebanon’s Prime Minister Saad Hariri ranked 21st with a net wealth of $1.5 billion outperforming Kuwait’s Kharafi brothers who came in the 23rd place with a net worth of $1.2 billion.

Forbes said its list was based on stock prices and exchange rates from February 9, 2018.