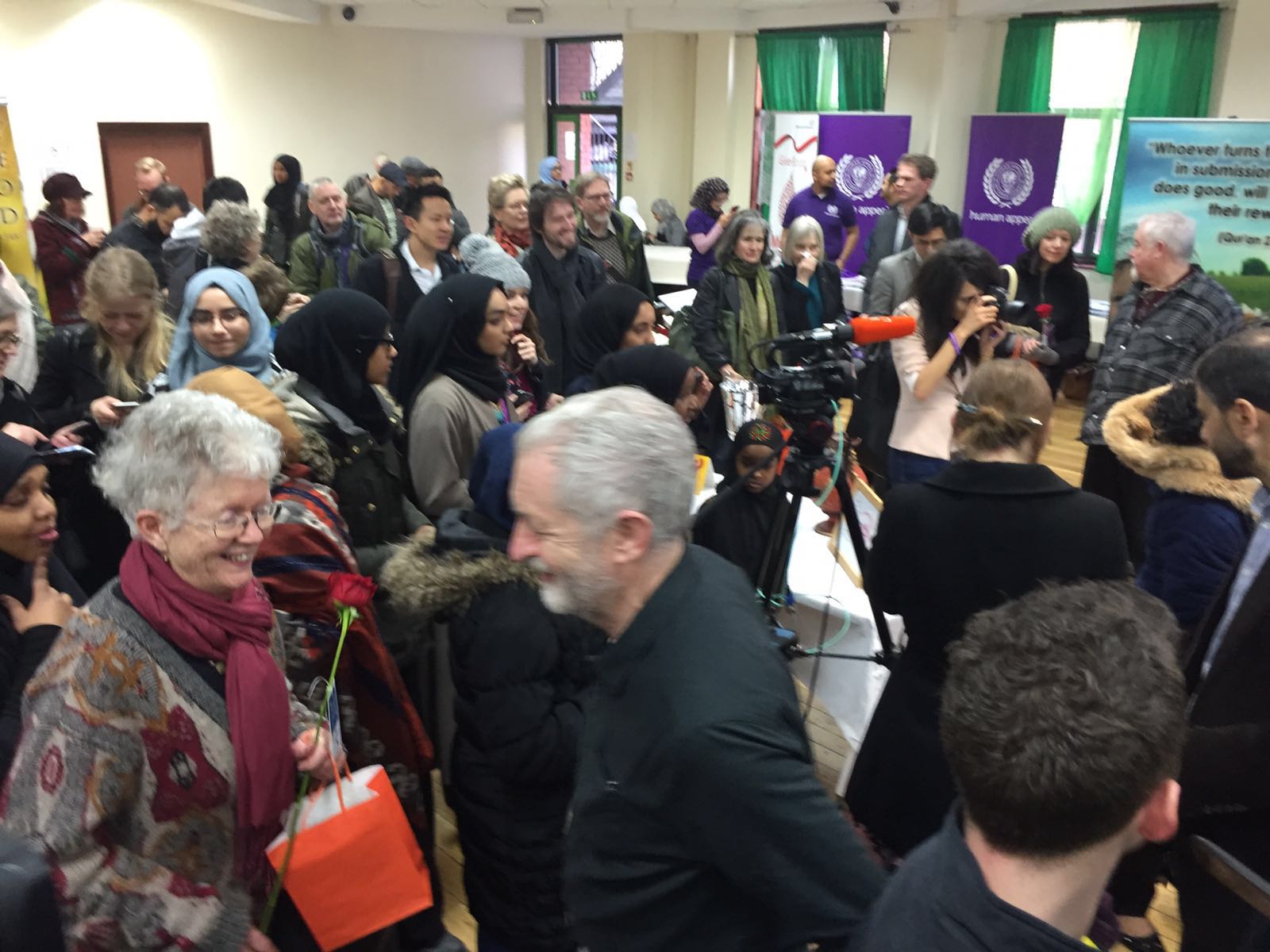 Finsbury Park Mosque in North London opened its doors Sunday afternoon to members of the public as part of the annual Visit My Mosque event.

During the six-hour event, visitors were given a tour of the mosque, spoke to worshippers, enjoyed a free meal, and took part in a question-and-answer session with the mosque committee and its management.

“This year’s Visit My Mosque Day, held this Sunday 18 February, comes at a particularly sensitive time, being the first one since the attack last year. For the mosque this is an important opportunity to build upon the spirit of local solidarity and show that Finsbury Park Mosque is more than just a mosque,” said Mohammed Kozbar, Finsbury’s chairman.

The Islamic center was the scene of a terrorist attack last year when Darren Osbourne drove a van into a nearby crowd of worshippers, killing one and injuring many.

Speaking to Anadolu Agency, Corbyn described today’s event as an “excellent open day at the mosque,” adding: “I have been supporting and have been involved in this mosque for more than 30 years. I saw it being built and I have held advice bureaus here, and so having the open day bringing in the entire community of all faiths is great.

“And that’s what, actually, Islam is about. It’s about charity, about support, and about peace.”

As well as taking part in the annual Visit My Mosque event, Finsbury has a weekly initiative called the ‘Meal for all’ where they provide free warm meals to the homeless.