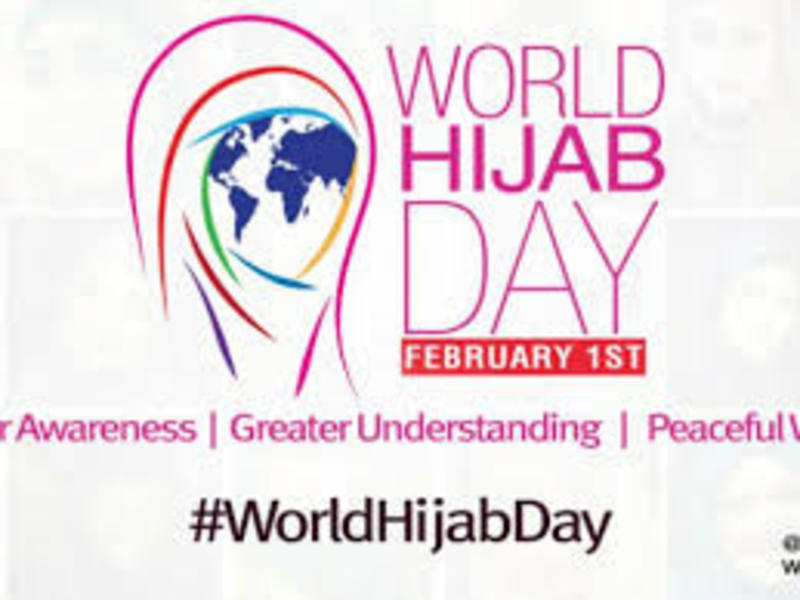 01 February marks World Hijab day… Now, What is Hijab? A head covering perhaps?
Hijab is not a piece of cloth on your head. It’s a way of life.

Just because some of the sisters have their head covered, they think that the requirement of Hijaab is fulfilled, but in reality, wearing a Hijaab requires much more than just covering your head.

Actually, if you think about it, Hijaab is the way you talk…..the way you walk….the very way you carry yourself. In fact, Hijaab is an attitude in itself. It’s a whole way of life.

Here are some of the more common issues in light of this verse about the Hijaab.
Well, my head is covered. What more do you want?
If you look carefully at the ayah, it clearly states that the head covers (khumur) should be drawn over the neck slits (juyoob). Khumur is the plural of the Arabic word “khimar” which means a headcover. Juyoob is the plural of the Arabic word “jaiyb”, which refers to the neck slit (of the dress).

Yet, some sisters just cover their head with something, and think they are fulfilling the rights of Hijaab, although part of their hair or body is showing, or their whole neck and chest area are exposed. Actually, that was the way of the women of Jahilliyah.

Al-Qurtubi said: “Women in those days used to cover their heads with the khimar, throwing its ends upon their backs. This left the neck and the upper part of the chest bare, along with the ears. Then Allah commanded them to cover those parts with the khimar.”
So secure the scarf well around your face, covering your neck/chest area, and keep those half sleeves and capri pants for your Mahrams

Sorry.…tight jeans and short shirt just don’t cut it
You can’t wear tight jeans and a short shirt with a piece of cloth on your head and think this is Hijaab. Nor can you wear anything else that is tight, describing the shape of the body in any way, even if it is long. The Prophet (Sal Allaahu Alaiyhi wa Sallam) said:

“In later (generations) of my ummah there will be women who will be dressed but naked. On top of their heads (what looks) like camel humps. They will not enter into paradise or (even) get a smell of it.” (Muslim)

If it is see-through, it’s NOT Hijaab
You CANNOT use chiffon or other see through material to cover your hair and body. Everything should be covered and the color of the skin underneath should not be visible.

(The word gholalah in Arabic means a thick fabric worn under the dress to prevent it from describing the shape of the body).

The Hijaab shouldn’t attract attention
The dress should not be such that it attracts men’s attention to the woman’s beauty. Allaah clearly states “not to display their beauty (zeenah).” Yet, Subhaan Allaah, some Hijaabi sisters are dressed in such a way that they attract more attention to themselves than they would if they didn’t wear Hijaab!! How could such zeenah be concealed if the dress is designed in a way that it attracts men’s eyes to the woman? It beats the purpose of Hijaab.

Allaah tells us:
“And stay in your houses, and do not display yourselves like that of the times of ignorance…” [al-Ahzaab:32]

What about make-up and perfume???
Wearing make-up is also part of the zeenah that Allaah orders us NOT to display. So if your head and body are appropriately covered yet you are wearing bright red lipstick or dark eyeliner such that people confuse between you and a raccoon….uh sorry, that’s not Hijaab. And keep those nice fragrances for the home, between you and your husband. That’s part of Hijaab too, even if you are going to the Masjid. The Prophet (Sal Allaahu Alaiyhi wa Sallam) said:“Any woman who puts on perfume and passes by people so that they can smell her fragrance, is an adulteress.” (al-Nasaa’i, Tirmidhi: hasan by Albaani)

Tinkling Jewellery and Jingling bracelets
‘Loud’ and tinkling anything, be it jewelry, bracelets, clip-clopping shoes, little bells on clothes, you name it, if it jingles or makes noise, it is against the principles of Hijaab, because it attracts attention to the one wearing it. That is what is meant when Allaah orders us in the above verse…“not to strike their feet (on the ground) so as to make known what they hide of their adornments.”

No laughing, joking, or hanging out with non-Mahrams
Some sisters assume that since they are properly covered, it’s okay for them to sit around and talk, laugh, joke, etc. with the men, but that’s not right, even if he is ‘the Shaikh’.

Allaah says:” . . . then be not soft in speech, lest he in whose heart is a disease should be moved with desire, but speak in an honorable manner.” [al-Ahzaab:32]

So talk to them when there is a specific need, and in a manner that is not necessarily rude, yet it is polite but firm.

Staring at the brothers or ‘checking them out’ is NOT Hijaab
Allaah orders us to “lower your gaze” in the above verse. Why? Because a single ‘look’ can say more than a thousand words. So, even if you are properly covered, keep those eyes down, conduct yourself with ‘Hayaa’, and avoid ‘fitnah’.

‘Chatting’ on the internet/phone is not part of Hijaab, either
There is no such thing as “we’re just friends”. Talking to non-Mahrams is wrong even if it is through the internet or telephone. There are too many stories of illegal relationships, fornications, broken homes, extra-marital affairs and runaway brides to even mention. That is why in Islam anything that leads to haraam is also haraam. Allaah says:
“Do not (even) come close to fornication, for it is an indecency, and its way is evil.” (Surah Israa: 32)

Be careful, even in the way you walk
Remember, you are not a runway model displaying the latest fashion. Walk with modesty and hayaa and you will be respected. The Prophet (Sal Allaahu Alaiyhi wa Sallam) said: “There are two types of the people of Hell that I have not seen yet….women who are clothed yet naked, walking with an enticing gait…..” (Muslim).

And no, it is not rude to refuse to shake hands with non-Muslims. Simply politely explain that its part of your religion and they are very understanding.

Stay away from the men’s areas
I see many sisters entering the Masjid from the men’s entrance, or standing idle in the hallways or where there is a chance of unnecessary mixing with the brothers. What for?

Don’t we have a separate entrance for ourselves? Why do you think Allaah ordained the Hijaab in the first place? To avoid fitnah, by reducing temptation and separating the genders.

“The Prophet (Sal Allaahu Alaiyhi wa Sallam) said to the women on his way out of the mosque when he saw men and women mixing together on their way home: ‘Give way (i.e., walk to the sides) as it is not appropriate for you to walk in the middle the road.’ Thereafter, women would walk so close to the wall that their dresses would get caught on it.” (Abu Dawood)

Hijaab is also to conceal your sister
Although some sisters wear the Hijaab themselves, they forget that they cannot talk about another sister and her beauty in front of their own husbands, brothers, etc. Remember, part of your Hijaab is to cover your sisters ‘awrah’ as well.

The Prophet (Sal Allaahu Alaiyhi wa Sallam) said:“No woman should mix with a woman and describe her to her husband so that it is as if he can see her.” (Muslim)

May Allah guide us and bless us with the TRUE understanding of His Deen. Ameen.