Guantanamo Bay will stay open and may get new prisoners 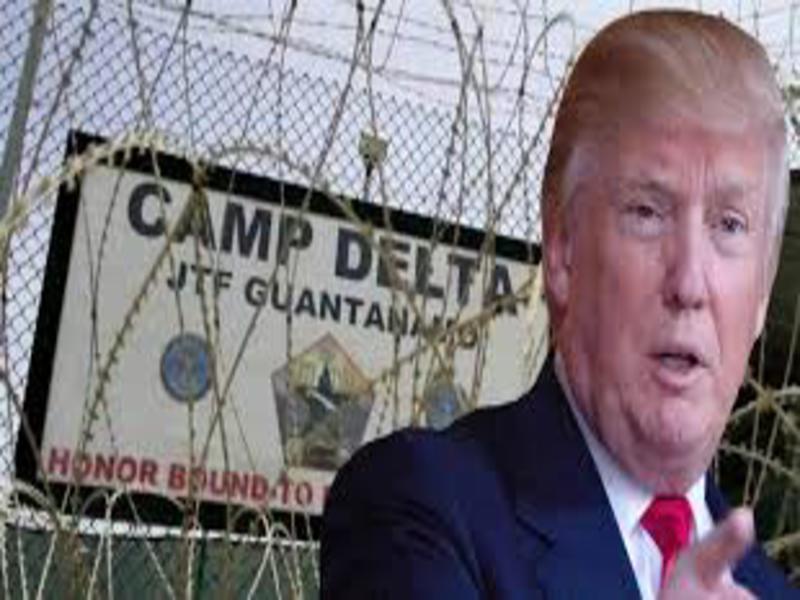 During President Donald Trump’s State of the Union address, the White House confirmed that the Guantanamo Bay detention camp will stay open. The announcement follows a leak of a plan to overturn President Obama’s move to close it.

The White House released the executive order, entitled Protecting America Through Lawful Detention of Terrorists, Tuesday night as Trump gave his remarks. The presidential order stated that US operations at Guantanamo will continue “given that a number of the remaining individuals at the detention facility are being prosecuted in military commissions, while others must be detained to protect against continuing, significant threats to the security of the United States, as determined by periodic reviews.”

The executive order added that the current detainee population at Guantanamo includes the most dangerous and difficult cases, and stated “there is significant reason for concern regarding” the prisoner’s engagement in “hostilities should they have the opportunity.”

Announcing the order to keep Guantanamo Bay open, Trump indicated that new inmates could soon be brought to the notorious detention facility.

“To ensure that in the fight against ISIS and Al-Qaeda we continue to have all necessary power to detain terrorists wherever we chase them down, wherever we find them,” Trump said “in many cases for them it will now be Guantanamo Bay.”

“In the past, we have foolishly released hundreds and hundreds of dangerous terrorists only to meet them again in the battlefield, including the ISIS leader, Al-Baghdadi, who we captured, who we had, who we released.”

Trump said that terrorists, whether they are captured on home soil or snatched overseas, should be “treated like the terrorists they are.”

Ahead of the announcement during President Donald Trump’s address to the nation on Tuesday night, a draft State Department cable obtained by Politico last week described a preview of the decision, which reverses a 2009 executive order set forth by former President Barack Obama, who called for Guantanamo Bay to close down.

The leaked cable instructed US diplomats to start informing officials from other countries about the order after the president’s State of the Union address on Tuesday. However, it also stated that embassies in Paris, London, Berlin and a number of other cities can begin telling foreign governments about the decision one day before on Monday, Politico reported.

The cable also included talking points designed to lighten the concerns of allies who are likely to criticize the president’s decision to keep the prison open.

Further, it detailed information regarding language that will be repealed from Obama’s 2009 executive order, which said that any detainees in Guantanamo should be “returned to their home country, released, transferred to a third country, or transferred to another United States detention facility” at the time the prison shuts down, according to Politico.

In addition to this, the cable also noted that the president’s executive order will direct the US Department of Defense, in consultation with the State Department, along with other agencies, to “recommend criteria to the President for determining detention disposition outcomes for individuals captured on the battlefield.”

However, the leaked cable also stated that the Trump administration is “not aware of any plans to bring additional detainees to Guantanamo Bay.”