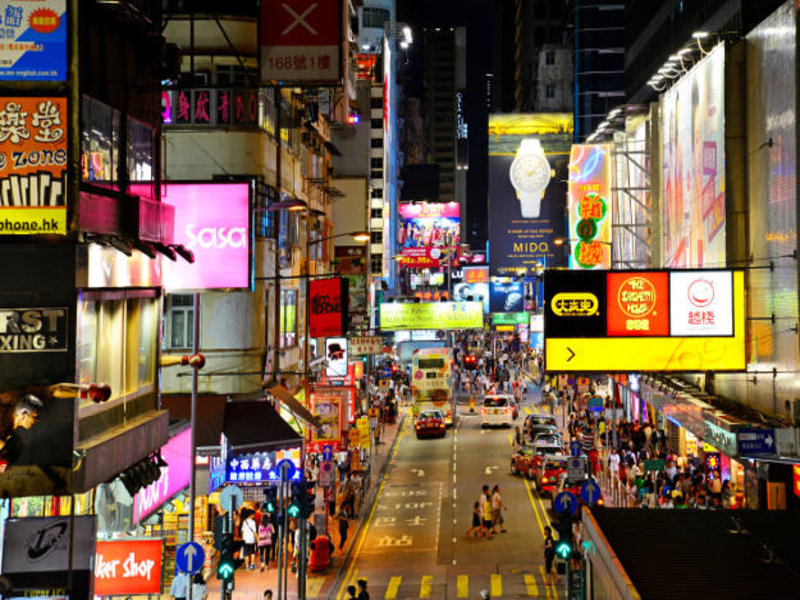 Hong Kong is famous for its bright, neon skyline and billboards. In fact, the glow from the densely packed skyscrapers is one of the city’s main attractions.

But for many residents, Hong Kong’s iconic lights and billboards are not a source of pride but of problems.

Last year, the government of Hong Kong received a record number of complaints about the bright lights that make up the famous skyline.

“We have received complaints about the light pollution. They get light insomnia or they are disturbed by the lights outside their home,” Gabrielle Ho of environmental NGO Green Sense told Al Jazeera.

The complaints by residents who argue that the glare outside is hard to escape, are founded in reality, research by the University of Hong Kong has found.

Scientists spent 18 months studying light pollution around the world, and found that Hong Kong is one of the worst offenders in the world.

“The light pollution condition in Hong Kong was extremely severe,” Jason Pun, one of the researchers, told Al Jazeera.

“In part in urban areas, the night sky brightness is on average a few hundred times over the level of a place without night sky pollution.”

The reason for this partially comes down to legislation.

In cities like London, Seoul and Paris sky signage is regulated and when those laws violated, there are penalties for the offenders.

But in Hong Kong, a specially administered region of China, there are no laws regarding light pollution.

Businesses and commercial buildings are requested to turn off lights on a voluntary basis between 11pm at night and 7am in the morning.

Hong Kong only has a voluntary charter regarding light pollution, with no penalties whatsoever when commercial buildings do not adhere to those rules.

“We are doing our utmost best to address these issues. The charter is effective,” he said.

But critics who think the government is not doing enough are looking to do something themselves.

One of them is Zoe Chow, who led a campaign to have a commercial building switch off after midnight.

She won, but she expects the building’s lights to be turned on eventually.

“I know that the building has signed the charter of external lighting, but the charter is voluntary.”

And with the government not working on laws that might help solve the issues, chances are Hong Kong’s bright lights will continue to shine.