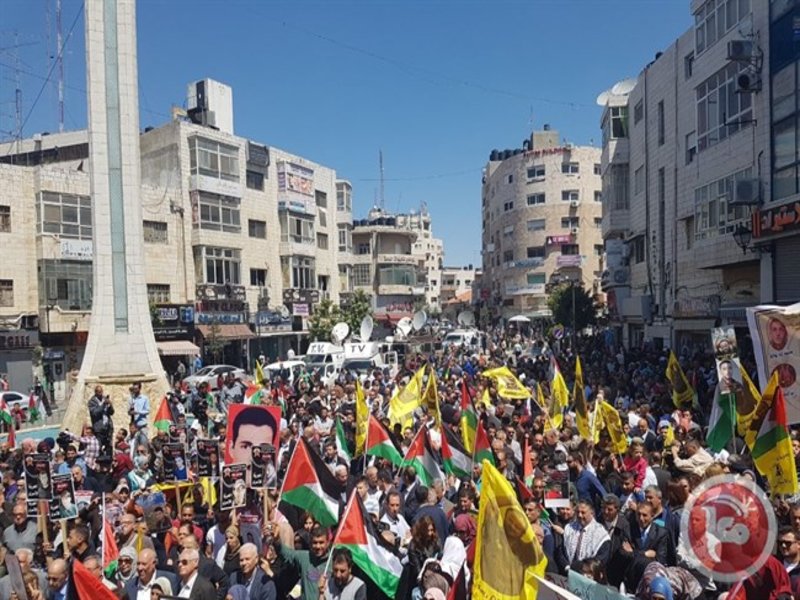 Palestinians in the occupied West Bank, East Jerusalem and Gaza Strip announced a general strike on Tuesday protesting against the visit of US Vice President Mike Pence to Israel and his administration’s decision regarding Jerusalem, Quds Press reported.

The strike paralysed all sectors across the occupied Palestinian territories, except the education and health sectors.

Most of the Palestinian factions, organisations, NGOs and syndicates issued statements criticising Pence’s remarks that reiterated US President Donald Trump’s recognition of Jerusalem as Israel’s capital.

Dozens of Palestinian youths closed the highway connecting Ramallah with the northern governorates in the West Bank and burnt tires.

The different Palestinian bodies accused the US of helping Israel in “forging” the history of the holy city and “stealing the history of Palestine”, with full disrespect to the international resolutions regarding Jerusalem and Palestine.

They also criticised the weak official Arabic stance regarding the US and Israeli “aggression” on Jerusalem and Pence’s visit to the Western Wall of Al-Aqsa Mosque.

Meanwhile, the Palestinian factions renewed their rejection of the US move on Jerusalem and called for Friday to be a day of rage across the occupied Palestinian territories.

It is worth mentioning that Pence reaffirmed Trump’s move on Jerusalem before the Israeli Knesset. In a joint press conference with the Israeli Prime Minister Benjamin Netanyahu, he made it clear that the US embassy in Israel would be moved to Jerusalem “before the end of next year.”