What the US embassy move to Jerusalem means to Palestinians 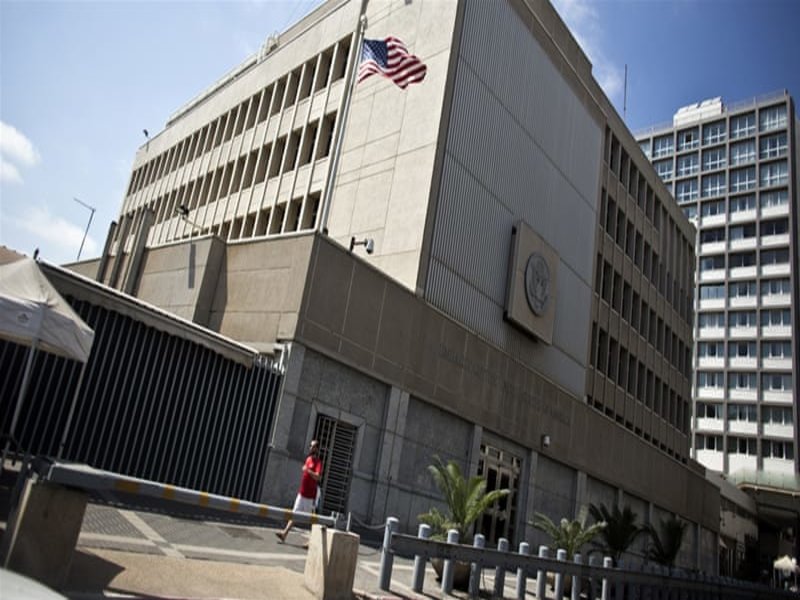 US President Donald Trump will call Jerusalem the capital of Israel on Wednesday and begin the process moving his country’s embassy to the city, according to senior US officials.

Amid reports of the expected move, the Arab League urged the US president to reconsider, saying there will be “repercussions”.

In a telephone call on Monday, Hamas leader Ismail Haniyeh and Palestinian Authority (PA) leader Mahmoud Abbas called for a mass protest on Wednesday, and discussed how to unify the Palestinian people’s efforts to confront the threats facing Jerusalem.

The PA has also called on the Organisation of Islamic Cooperation and the Gulf Cooperation Council to hold meetings on this subject.

“If US President Donald Trump carries out his decision, he will inflame the entire region and threaten the US’ interests there,” Nabil Shaath, an adviser to Abbas, said to Palestine TV.

Last week, Palestinians said that comments by US officials reiterating the pledge by President Donald Trump to move the embassy reflected the futility of peace negotiations.

‘A very dangerous step‘
During his election campaign last year, Trump repeatedly promised to move the embassy and recognise Jerusalem as the Israeli capital.

In June, however, like his predecessors, Trump signed a six-month waiver to delay the relocation, which would have complicated US efforts to resume the long-stalled Israeli-Palestinian peace talks.

The White House said at the time that the question is “not if that move happens, but only when”.

The waiver expired on December 1.

Senior Trump administration said Trump will continue to sign the waiver until the process of moving the embassy, which could “take years”, is completed.

The controversial move, if implemented, would make the US the first country to have its embassy in Jerusalem – currently, all such diplomatic missions are located in Tel Aviv.

It would also overturn decades of international consensus on Jerusalem, a highly-contested city, half of which was occupied and annexed by Israel following the 1967 War.

“If the relocation happens, it would be the first of its kind and would reaffirm to Israel that Jerusalem is ‘one and unified’,” Zakaria Odeh, director of the Civic Coalition for Palestinian Rights in Jerusalem, told Al Jazeera.

“It is a very dangerous step,” he added. “It would nullify any plans for future negotiations [on the conflict].”

Israel claims all of Jerusalem as its “united” capital, and its annexation of East Jerusalem effectively put the entire city under de-facto Israeli control. The Palestinians, however, see East Jerusalem as the capital of their future state.

The international community, including the US, does not recognise Israel’s jurisdiction and ownership of the city.

Palestinians say that moving the embassy would prejudge one of the most sensitive issues in the conflict – the status of Jerusalem – and undermine the US’ status as an honest mediator.

Earlier this year, Abbas warned against the embassy’s move in an official letter addressed to Trump.

It would have a “disastrous impact on the peace process, on the two-state solution and on the stability and security of the entire region”, the letter read.

Under the proposed 1947 UN Partition Plan, the city was meant to be internationally administered, due to its importance to the three Abrahamic religions. But, in 1948, Zionist forces seized the western half of the city and declared the area as part of what became Israel.

He argued that the US is using the embassy as a tool to pressure the Palestinians.

“If the US relocates the embassy to Jerusalem, it will determine the city’s fate by recognising it as the capital of the occupying state, before even embarking on the peace negotiations it’s trying to achieve,” Shaheen told Al Jazeera.

“This will destroy any potential of establishing an independent Palestinian state through US negotiations – which is very dangerous,” he added.

Shaheen also argued the that US government is trying to draw out a path for the region at the expense of Palestinians, while attempting to force new conditions on their leadership before announcing its own plan for the peace process.

“We are witnessing the articulation of Israeli positions, but through American mouths,” said Shaheen, referencing the “Zionist” views of US ambassador to Israel, David Friedman, and Trump’s son-in-law, Jared Kushner.

“They belong to the most right-wing orientation in Israel,” he added.

Amani Khalifa, a Jerusalem-based activist, argued that the relocation might be a crucial political move for the diplomats of the PA, but not for ordinary Palestinians in Jerusalem.

“To regular people, it doesn’t really matter if the embassy stays in Tel Aviv or is relocated to Jerusalem,” she told Al Jazeera.

“But this move would make it clear to the rest of the world that there is no real sovereignty, and that the PA has no say over anything that happens in Jerusalem,” Khalifa added. “This has been the situation since 1967 – so this may be a good thing for Palestinians, to leverage on the fact that the occupation is real, and the move would act as proof.”

Referencing the expansion of Israel’s illegal settlement project and its house demolition policies in East Jerusalem, Khalifa described the move merely as an additional “step” that Israel would be taking to fulfill its objective of making Jerusalem its “undivided” capital.

“So, it’s really part of the wider context that started with the annexation,” she said.