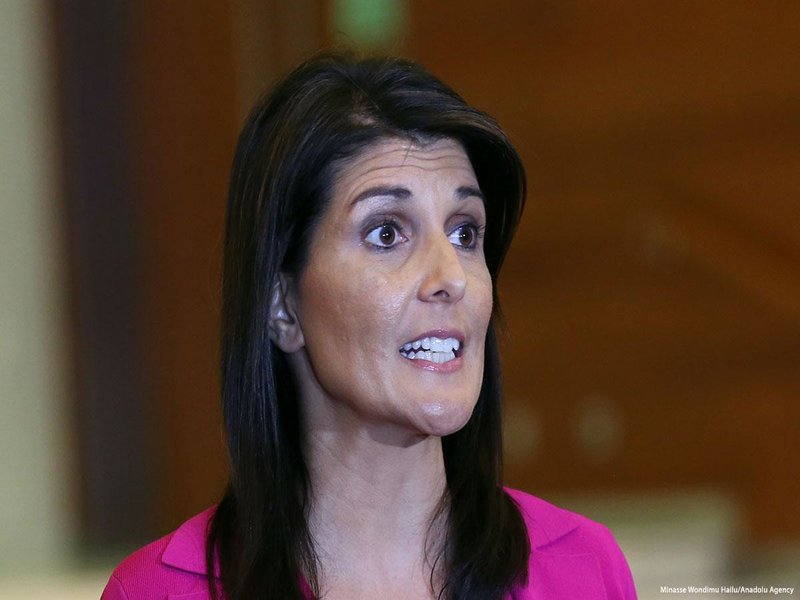 US Ambassador to the UN, Nikki Haley, has warned the UN Human Rights Council that the US is ready to pull out of the inter-governmental body unless it changes its attitude towards Israel.

Speaking over the weekend at the annual Washington conference of the Israeli American Council, Haley once again struck out at the UN over its alleged bias against Israel.

Haley told the applauding audience that the US is ready to pull out unless the UN institute reforms including removing Israel as a permanent item on its agenda. The former governor of South Carolina reiterated longstanding

US demands on the Human Rights Council to remove Item Seven, which requires a report on the “Human rights situation in Palestine and other occupied Arab territories”, every time the Council meets.

Accusing former US President Barack Obama of “betraying” the Israelis for allowing through a UN Security Council resolution condemning settlements, Haley said: “As long as I was US ambassador, such an act of betrayal would never happen again.”

Haley also revealed that the US delegation was working to block the publication of a list compiled by the UN of companies doing business in illegal settlement.

Last month the UN announced that it was planning to blacklist companies that violate international law by doing business in occupied Palestinian territories; up to 190 companies (130 Israeli and 60 international) received threatening letters from the UN High Commissioner for Human Rights, Zeid Ra’ad Al Hussein.