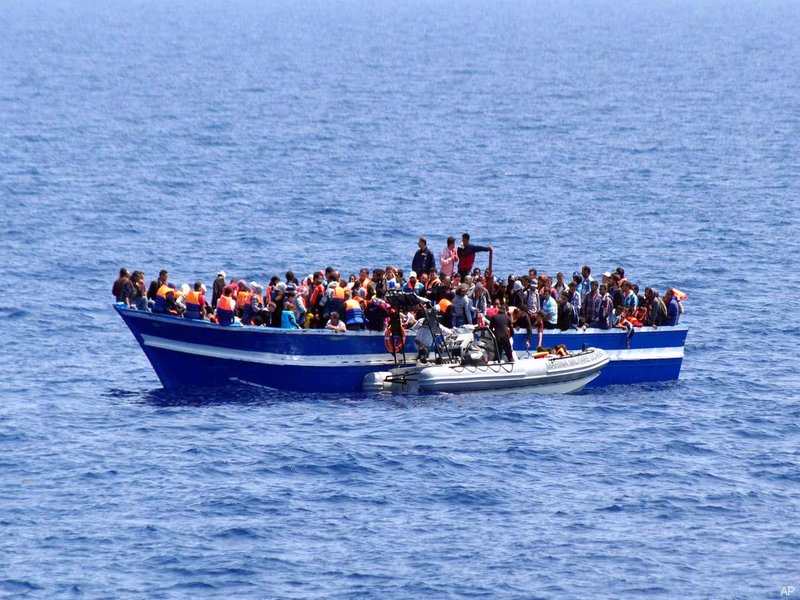 Nearly 100 refugees have died in the Mediterranean Sea over the last four days, including 26 women from Nigeria, the UN said today.

“The overall majority of migrants rescued during these days were West African nationals, but there were also some other nationalities: Bangladeshis, Eritreans, Egyptians, Sudanese, Moroccans, Syrians and Libyans,” Millman said.

The bodies of 23 Nigerian girls were recovered from a sunken rubber dinghy off the coast of Libya on 3 November.

During another rescue operation, the bodies of three Nigerian women were recovered on an inflatable boat which had been transporting 139 migrants, Millman added.

“Faced with the remains of only women and girls, the prefect of Salerno decided to open an investigation to clarify the circumstances of these deaths, not excluding the possibility of it being a case of homicide,” Millman said.

Federico Soda, director of the IOM Coordination Office for the Mediterranean, said: “It is very likely that these girls were, in fact, victims of trafficking for sexual exploitation.

“A recent IOM report has estimated that 80 per cent of Nigerian girls arriving in Italy by sea may be victims of trafficking.”

The most disturbing trend is that these women are younger and often under the age of 18.

According to the UN, 154,609 migrants and refugees entered Europe by sea in 2017 so far with about 75 per cent arriving in Italy.