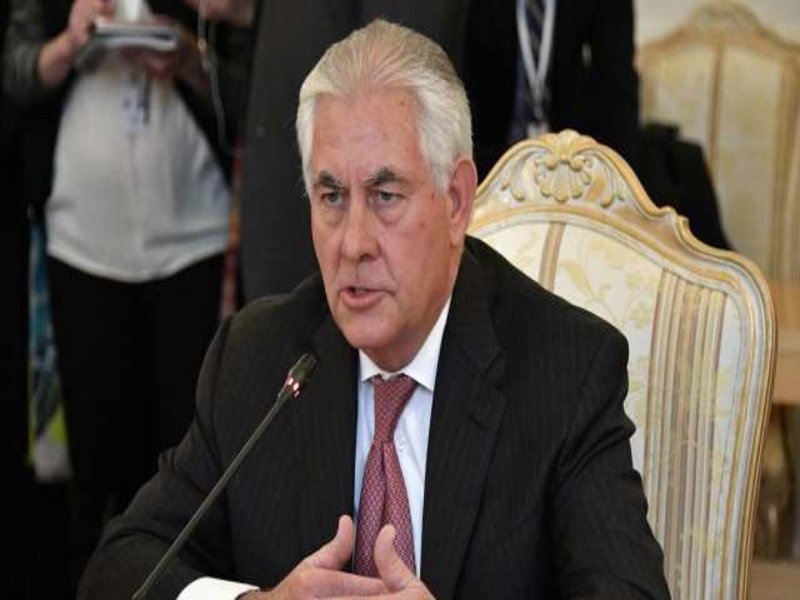 US Secretary of State Rex Tillerson said on Wednesday the United States held Myanmar’s military leadership responsible for its harsh crackdown on the Rohingya Muslim minority.

Tillerson, however, stopped short of saying whether the United States would take any action against Myanmar’s military leaders over an offensive that has driven more than 500,000 Rohingya Muslims out of the country.

“The world can’t just stand idly by and be witness to the atrocities that are being reported in the area,” Tillerson told Washington’s Center for Strategic and International Studies think tank.

“We really hold the military leadership accountable for what’s happening,” said Tillerson, who said the United States was “extraordinarily concerned” by the situation.

Forty-three US lawmakers urged the Trump administration to reimpose US travel bans on Myanmar’s military leaders and prepare targeted sanctions against those responsible for the crackdown.

The request, in a letter to Tillerson from Republican and Democratic members of the House of Representatives, said Myanmar authorities “appear to be in denial of what has happened” and called for Washington to take “meaningful steps” against those who have committed human rights abuses.

Tillerson said Washington understood Myanmar had a militancy problem, but the military had to be disciplined and restrained in the way it dealt with this and to allow access to the region “so that we can get a full accounting of the circumstances.”

“Someone, if these reports are true, is going to be held to account for that,” Tillerson said. “And it’s up to the military leadership of Burma to decide, ‘What direction do they want to play in the future of Burma?'”

Tillerson said Washington saw Myanmar, which is also known as Burma, as “an important emerging democracy,” but the Rohingya crisis was a test for the power-sharing government.

He said the United States would remain engaged, including ultimately at the United Nations “with the direction this takes.”

The European Union and the United States have been considering targeted sanctions against Myanmar’s military leadership.

Punitive measures aimed specifically at top generals are among a range of options that have been discussed, but they are wary of action that could hurt the wider economy or destabilize already tense ties between Suu Kyi and the army.

Tillerson also said he would visit New Delhi next week as the Trump administration sought to dramatically deepen cooperation with India in response to China’s challenges to “international law and norms” in Asia.

Tillerson said the administration had begun a “quiet conversation” with some emerging East Asian democracies about creating alternatives to Chinese infrastructure financing.