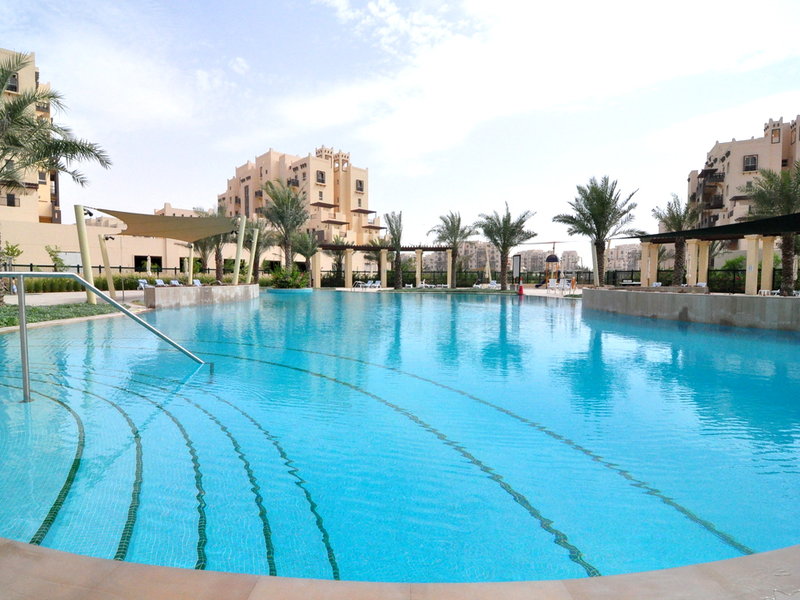 A resident living in Remraam was asked to leave the community pool for wearing a lose-fitting burkini, after the lifeguard received a complaint from another resident.

The incident on October 16, which sparked a strong reaction among the community, left the expat resident feeling “disturbed” and like “an outsider,” leading her to lodge a complaint to the authorities.

B.G, an American Muslim woman was swimming at the community pool with her husband, when the incident took place. “I was wearing a burkini, which is a little non-traditional as the pants were not as fitting as other burkinis. I wear it because of modesty reasons, and had ordered it online from a French website, and got it customised for me,” said B.G.

She pointed out that while the UAE is a welcoming country and prohibits any sort of discrimination, she was shocked to have been treated differently “for choosing to be modest.”

“I had a feeling someone would say something, and in less than five minutes the lifeguard came up to me and said I have to wear something tighter in the pool,” said B.G.

The incident escalated further after a resident using the pool complained a second time about the burkini to a community manager on site. The lifeguard approached the couple again and confirmed that a complaint has been made regarding B.G’s burkini.

“I felt like my civil rights were being tampered with and I thought that I should call the police, because at this point, Islam was involved. I was infuriated and felt like I should at least be allowed to wear modest clothing in a Muslim country,” explained B.G

After talking to the police officers and a community manager in Remraam, the couple were assured that management will take action to ensure the incident does not happen again.

“My husband is French, and has left France in the midst of a political debate about the burkini issue. He moved to Dubai so he can practice his religion in a safe environment. We really didn’t expect something like this to happen,” added B.G.

Gulf News also talked to Taziz, the management company in charge of Remraam, who referred to the incident as a “misunderstanding.”

“A lifeguard appointed to oversee the facility, has mistaken the swimwear for a regular outfit, and he acted in accordance with our hygiene standards related to garments worn in the pool. Since the incident our lifeguards have been sensitised further with a full educational program about ‘modest swimwear’ commonly worn in our region. This situation has been resolved and we extend our sincere apologies to the resident for any inconvenience,” said a management team member.

B.G has since been assured by the management team that posters will also be placed clarifying that burkinis are allowed to be worn in the community pool.

“It was a bad experience, but the message I would send to others is that if you see injustice speak up — don’t let it go. Respect anyone regardless of where they come from or what religion they follow,” said B.G.